The CLS Investment Team Goes To the Movies: The Big Short 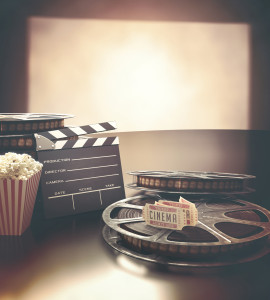 Recently, the CLS Investment Team went to the movies (after the markets closed, of course!). It’s a great time of year for high-quality movies, and our choice was the critically acclaimed, The Big Short. The movie is about the financial crisis that stemmed from the real estate bubble nearly 10 years ago, and is based on a book by one of our favorite authors, Michael Lewis. The movie has an outstanding cast and was an absolute must-see. It was also a great excuse for the team to get together.

In short, the movie delivered – it was fantastic in many ways. But it was also flawed.

First, the fantastic. The film took complicated and arguably dry subject material and made it entertaining and understandable. That’s big. The acting was also brilliant, especially by Christian Bale, perhaps one of the greatest actors today (although he surely exaggerated his character). It was quirky in a good, artsy sort of way with interesting camera work supplemented by a great soundtrack. It was opinionated, thought-provoking, and funny. There were quotes that will surely pop up in investment team meetings in the year(s) ahead: “What’s that smell? Opportunity!” and “Truth is like poetry and most people – hate poetry.”  All in all, The Big Short is totally deserving of the praise it’s received. I could watch it again, and I no doubt will many times.

But it also delivered many wrong messages, some of which could be powerfully disruptive to investors.

It’s probably best to remember The Big Short is first and foremost about entertainment. It’s not a documentary. Nonetheless, it’s a great movie – and I bet it wins some major awards.