Three Thoughts On The Primary Season 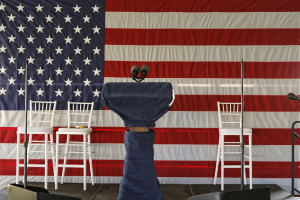 Now that primary season is in full swing, the politically interested among us can practice switching channels to see who is saying what, while reading FiveThirtyEight to dissect the polls. As the Iowa and New Hampshire caucus results rolled in, my thoughts moved to what this election cycle can mean for markets.

Thought 1: The Election Is Not That Important

In December, I was in the dangerous position of fielding questions about the markets and politics from an audience in Tulsa, Okla. Fortunately, they were eating an excellent dinner and weren’t particularly antagonistic. My central message that night remains the same today: Barring the election of Bernie Sanders, the next president of the United States is likely to be more business-friendly than President Obama. However, the business environment under President Obama, while not always friendly, still hasn’t stopped the market from rallying nearly 15% per year since his election in 2008.

Businesses can do well or poorly in all types of environments. Even if my favorite candidate is elected, the likelihood of continued 15% returns on the S&P 500 seems low. This election is important in many ways, but investment performance is much less affected by who is president than many people seem to think.

Thought 2: The Traditional Voter Can Be Roused Off The Sofa

In Iowa, a record 182,000 Republican caucus-goers turned out. Predictions were that high turnout would favor Donald Trump. Instead, Trump underperformed his average poll numbers by 7%. To many, this constituted one of the major surprises of the evening.

However, this is a trend we have seen played out at least two other times. Candidates less favorable to immigration do better in polls than elections. In the United Kingdom, the UKIP party earned fewer votes than its polls suggested in the British elections last summer. In France, the Nationalist Front won about half the regional votes in the initial round of voting. In the final round, it was shut out. In both cases turnout increased for other candidates to make sure those parties were unsuccessful.

Regardless of your personal views, the corporations you invest in generally prefer openness in immigration and trade. In Iowa, late-deciding voters leaned that way. Marco Rubio’s stronger-than-predicted performance owes much to an “anyone but Trump and probably not Cruz” voter pushing turnout higher. In New Hampshire, that vote went to John Kasich.

Thought 3: Socialism Is On A Rebound

#FeeltheBern is an active hashtag on Twitter. That there is a minority of Democrats upset by the pace of change during the Obama administration doesn’t surprise me. What blew me away was listening to my sixteen-year old son’s classmate wax about the benefits of democratic socialism. While there is a difference between democratic socialism and socialism, it concerns me that young people are warming to the message of any kind of socialism.

Those of us who remember the 80’s and 90’s can look back to periods of high growth where workers, companies, and the government were all able to expand as the U.S. economy grew. For children my son’s age, what are their experiences of capitalism?

Beginning in 2006, the United States started a string of 10 consecutive years with GDP growth below 3%. This year will likely be year 11. Young people’s economic experiences have been periods of slow economic growth punctuated by a sharp downturn that blunted raises and put parent’s jobs at risk. Why wouldn’t they be skeptical of capitalism’s benefits?

The odds of socialism making a comeback this election are low. Long term, this political trend, more than any other, should worry investors.

The views expressed herein are exclusively those of CLS Investments, LLC, and are not meant as investment advice and are subject to change.  Information contained herein is derived from sources we believe to be reliable, however, we do not represent that this information is complete or accurate and it should not be relied upon as such.  All opinions expressed herein are subject to change without notice.  This information is prepared for general information only.  It does not have regard to the specific investment objectives, financial situation and the particular needs of any specific person.  You should seek financial advice regarding the appropriateness of investing in any security or investment strategy discussed or recommended in this report and should understand that statements regarding future prospects may not be realized.  You should note that security values may fluctuate and that each security’s price or value may rise or fall.  Accordingly, investors may receive back less than originally invested.  Past performance is not a guide to future performance.  Investing in any security involves certain systematic risks including, but not limited to, market risk, interest-rate risk, inflation risk, and event risk.  These risks are in addition to any unsystematic risks associated with particular investment styles or strategies.