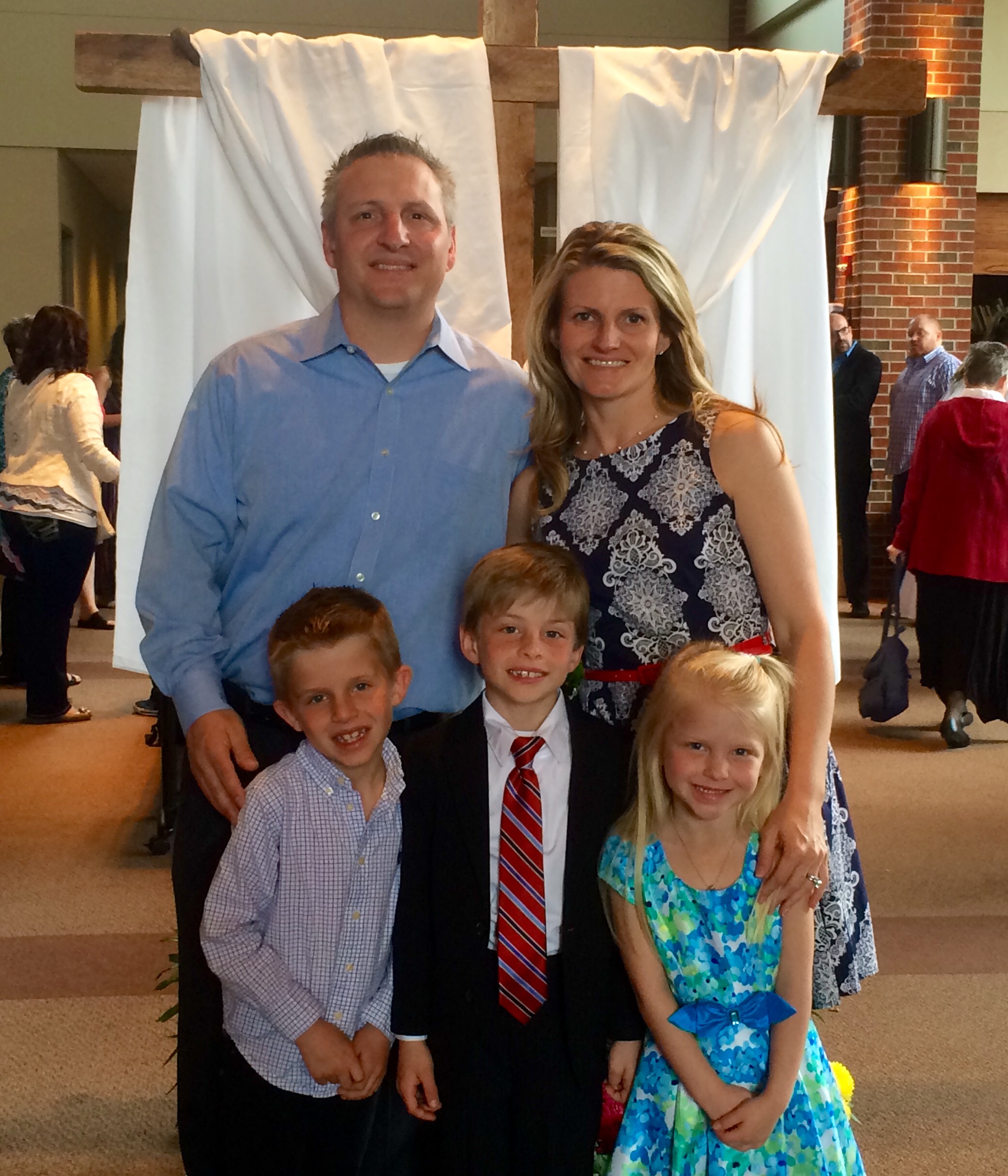 Mike Vitallo began his career in the printing industry. In a small town outside Chicago, he printed catalogues and brochures with his two brothers at a company founded by his father. Mike Vitallo Sr., the grandson of Italian immigrants, built a thriving business and instilled a respect in his son for the value of a dollar and a day’s hard work. “I started there doing janitorial work just to make money in the summertime,” Vitallo recalled. “I probably could have gone into any job there, but I think my dad wanted me to start at the bottom and work my way up.”

Today Vitallo works at a company that is little like the print shop and miles from his Chicagoland home. He’s an operations project manager on the trading desk at CLS Investments in Omaha. After 11 years in printing, he decided to try something new. It’s a different place and a different type of work, but one thing has stayed the same. It’s a family business.

“He learned how to make do with little”

When Vitallo was growing up, he watched his father build his printing company from a small 1,500 sq. ft. shop to a large, successful business that employed hundreds of people. He knew what the success meant to him. His father didn’t have much when he was a child. He was the grandson of new immigrants who scraped by to make their way in a foreign country. Vitallo’s father told him stories about attending a camp for underprivileged children as a boy, and he knows the lessons from his childhood stuck with him. “He learned how to make do with little,” Vitallo said, “so once his business became successful, I think those values stuck with him.”

After getting a degree in business and marketing, Vitallo joined his father’s company and worked his way through different positions, from contacting film to designing page layouts. But in 1997, his father sold his share of the company and Vitallo decided to make a switch. He moved to Omaha to be closer to his wife’s family, who lives in Grand Island, and after a few years with a local printing company, he took a chance and enrolled in a training program at TD Ameritrade. He’d always been interested in finance, and his father’s success had prompted him to think about managing money and putting it to work. “Stock picking, analyzing stocks, and figuring out what’s a good buy,” he said, “the thought of managing money or helping people manage money, always interested me.”

After a year at TD Ameritrade, Vitallo got his Series 66 and Series 7 licenses and went to work at Orion, a subsidiary of NorthStar and sister company of CLS. In 2012, he moved over to CLS’s trading desk where he now works with a small team and enjoys the daily challenges of figuring out trades and navigating the ever-changing markets. “Coming up with the strategy and working out how to get the best execution is challenging and fun,” he said. CLS’s portfolio managers, whose performance depends on success at the trading desk, keep him motivated. “Every basis point counts,” he said, reciting the team’s motto. “We try to do the best we can for the team.”

It’s a good fit for the hard-work ethic his father instilled in him but also for what Vitallo views as the most important value his parents imparted: family. Aside from working together, the Vitallos spent holidays in typical Italian-family style. “My parents would host Easter,” he recalled, “and 50 people would show up.” At NorthStar, founded by Patrick Clarke, whose sons run the subsidiaries, Vitallo has found a comfortable fit. “I’ve been at NorthStar for 10 years,” he said, “so I think there’s something to be said about the company, the environment, and the family atmosphere.” NorthStar and CLS put people first and place a value on family and work-life balance – something Vitallo appreciates as he and his wife are kept busy raising their own family of three kids. “When you’re younger, it’s all about work,” Vitallo said. “But now, I don’t want to miss out on my family.”