Jessica Golson often finds herself the only woman at the table. A trading manager at CLS, Golson works in an industry dominated by men. So much so, that a 2014 study by recruiting firm Vettery, found a full 77.5% of first-year analysts on Wall Street were men. How women fare in investment firms nationwide is not as well documented, but the ratio of senior-level men to women is even more disproportionate across the industry.

Golson, however, has never let a boy’s club bother her.

“The only girl in the room”

Born and raised in Omaha, Golson has always enjoyed the challenge and logic of numbers. “I always liked math,” she said. “And I remember seeing tickers going across the TV screen and wanting to know what that meant someday.”

After high school, Golson enrolled at the University of Nebraska at Omaha as a business administration major. She excelled at accounting, and her teachers pushed her in that direction. “I liked accounting because I was good at it, and it was numbers,” she said, “they were all right there.” But the subject didn’t challenge her enough. “In accounting, there’s just one answer,” she said. “You can get to it a lot of different ways, but there’s still just one.”

Golson tried out a class on investing and, coincidentally, CLS Portfolio Manager Scott Kubie was her first teacher. “You could tell he knew a lot,” she recalled with a laugh. “He still likes to teach me things.” Golson remembers Kubie encouraged her to think beyond the surface and dig deeper to get the real data. She soon discovered finance was far more fascinating than straightforward calculations. “There are just so many different variables that come into play,” she said.

Golson decided to continue in finance and enrolled at Creighton University, where she was one of a handful of female students. “[The investment industry] is totally dominated by men,” she said. “But I grew up with two older brothers, so I’ve just never been intimidated by being the only girl in the room.” 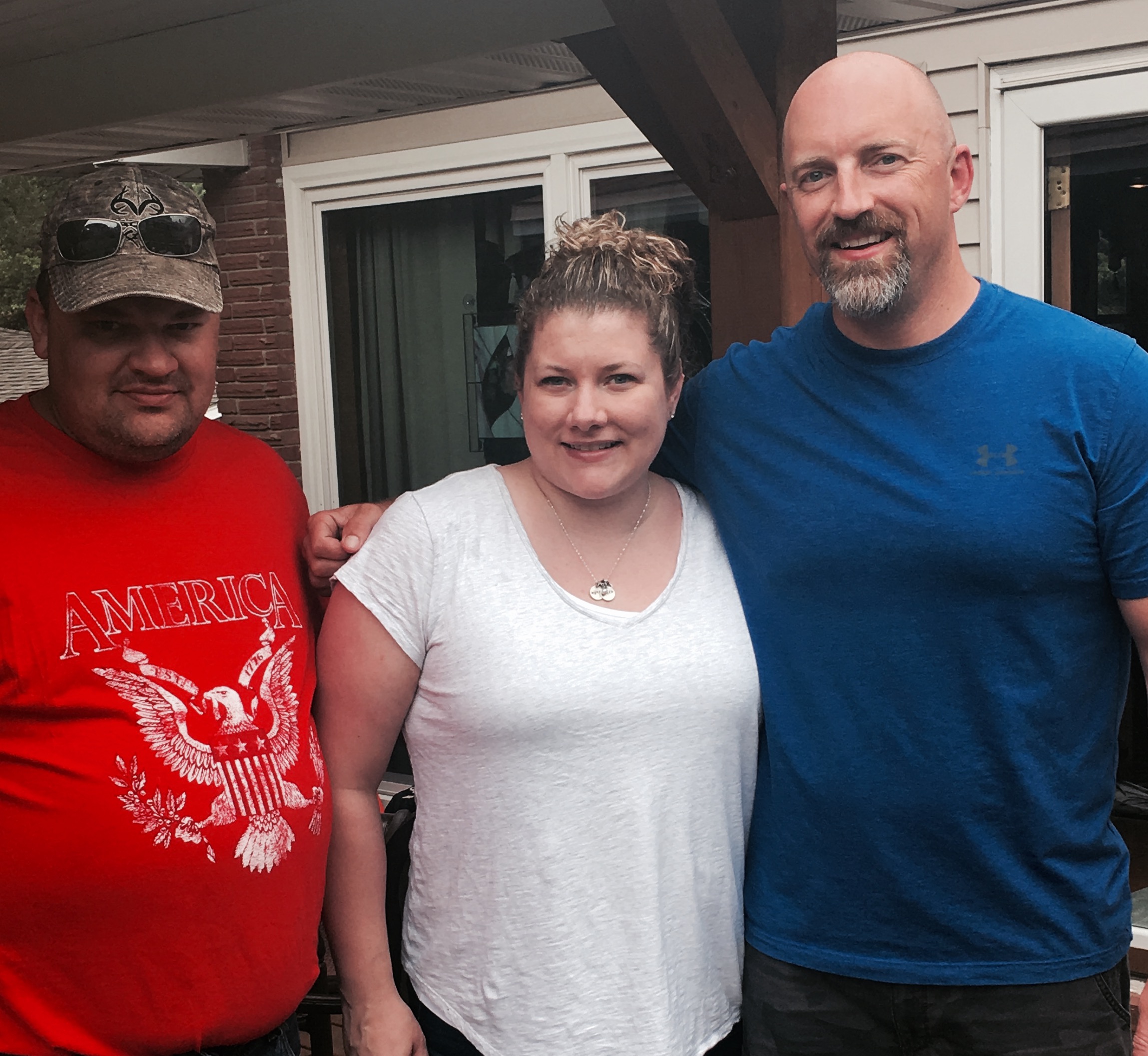 Jessica, with her brothers Eric (left) and Tim (right).

Golson credited her mother with making sure she always knew she could do anything her brothers could do. She said she’s never viewed being in the minority as a hurdle or a reason for hesitation, but she understands how it could be. “I think the biggest thing is you have to not be afraid of challenges,” she said. “Take them on and make decisions. You just have to be able to take it and get over being concerned with what people think.”

Golson earned her master’s degree in securities analysis at Creighton, and today, as the only female operations manager at CLS, she believes she offers a different perspective, and at times, a more empathetic stance. She recalls an experience that still influences her decisions. As a financial advisor — her first position after college — she counseled investors through the financial crash of 2008. She recalls one man in particular, who was her father’s age, ready to retire. His wife had recently been diagnosed with breast cancer, and he’d just lost everything in his retirement savings. “He’d done everything right, saving for so long,” Golson said, “and then when it came time to do something, he couldn’t do it.” The client was crying in her office, she recalled, and that made everything she’d learned in the classroom suddenly very real. Golson keeps that experience in mind when she’s making decisions based on data, and she believes that type of empathy in this industry is crucial. “It’s really easy to just look at numbers,” she said, “but that’s someone’s actual life savings.” Golson said CLS prioritizes the individuals behind the numbers, and that’s why its role is so important.

Golson recently began assisting the Portfolio Analyst and Management Team a few hours a week. It’s a new challenge, and she’s not yet sure where it will lead her. Her original goal after college was portfolio management, but she’s intrigued by the many areas of specialty available to her. CLS, which puts a premium on diversity, is encouraging her to rise through the ranks. Whatever she decides, she won’t let being the only woman in the room stop her.

“I do care about people first and foremost,” she said. “But I’m also not afraid to stand my ground and take charge.”