You knew this was coming sooner or later, and who better to report on it than the resident gamer himself (which is me if you were not sure).

The Pokémon Go app has been #1 on the Apple App Store since launch on July 6th. It has more daily active users than Twitter and a higher daily engagement rate than Facebook, Snapchat, and Instagram. It is setting all kinds of records, including being the biggest U.S. mobile game EVER – after only a few weeks in existence it has exceeded 21 million daily active users and 30 million downloads in the U.S. alone, more than any game in history. Over the last couple of weeks it has been rolled out to other countries and it just launched in its home country of Japan a week ago!

What the heck is it? In case you have been living under a rock, you know that it is a game that actually requires you to interact with the “real world” to play, a revolutionary idea with endless possibilities… for making money for large corporations. Yes, you actually have to travel to various locations outside of your house (following a grid curiously resembling Google Maps) in order to capture imaginary monsters and store them in your pocket… Pocket Monsters… Pokémon… you get it. There are stops along the way that give you free rewards located at key locations  in the area (curiously many restaurants and shops) – I can see so many dollar signs popping up above shop owners’ heads.

What makes it so great? Pokémon is not something new. It has been around since the mid 90’s and has presented the world with a long running television show, almost 20 movies, multiple console video games, the physical card game craze, and many other things that have fizzled out. The popularity of this new game may actually have little to do with the franchise and more to do with the current generation wanting to:

Who is benefiting? If you have looked at Nintendo’s stock price over the last three weeks, you would think that they were the sole owner of everything related to this game (posting over a 100% return at one point as seen in the price chart below). But in fact this is not the case. There is a complex ownership web behind this game and I’m going to attempt to sort it out (you can use the chart below from to try and follow along):

Is your head spinning yet?? Here is the main point: the game has reported earnings of about $35 million at this point, let’s say under a third of it may actually be going to Nintendo… is that a lot for a multi-billion dollar company? Probably not enough to make its price trade at over 150 times earnings… perhaps the price jump may not have been completely warranted (as can already be apparent by the more recent downward movement in price). But are there also some areas which may be benefiting that are not getting the recognition they deserve: 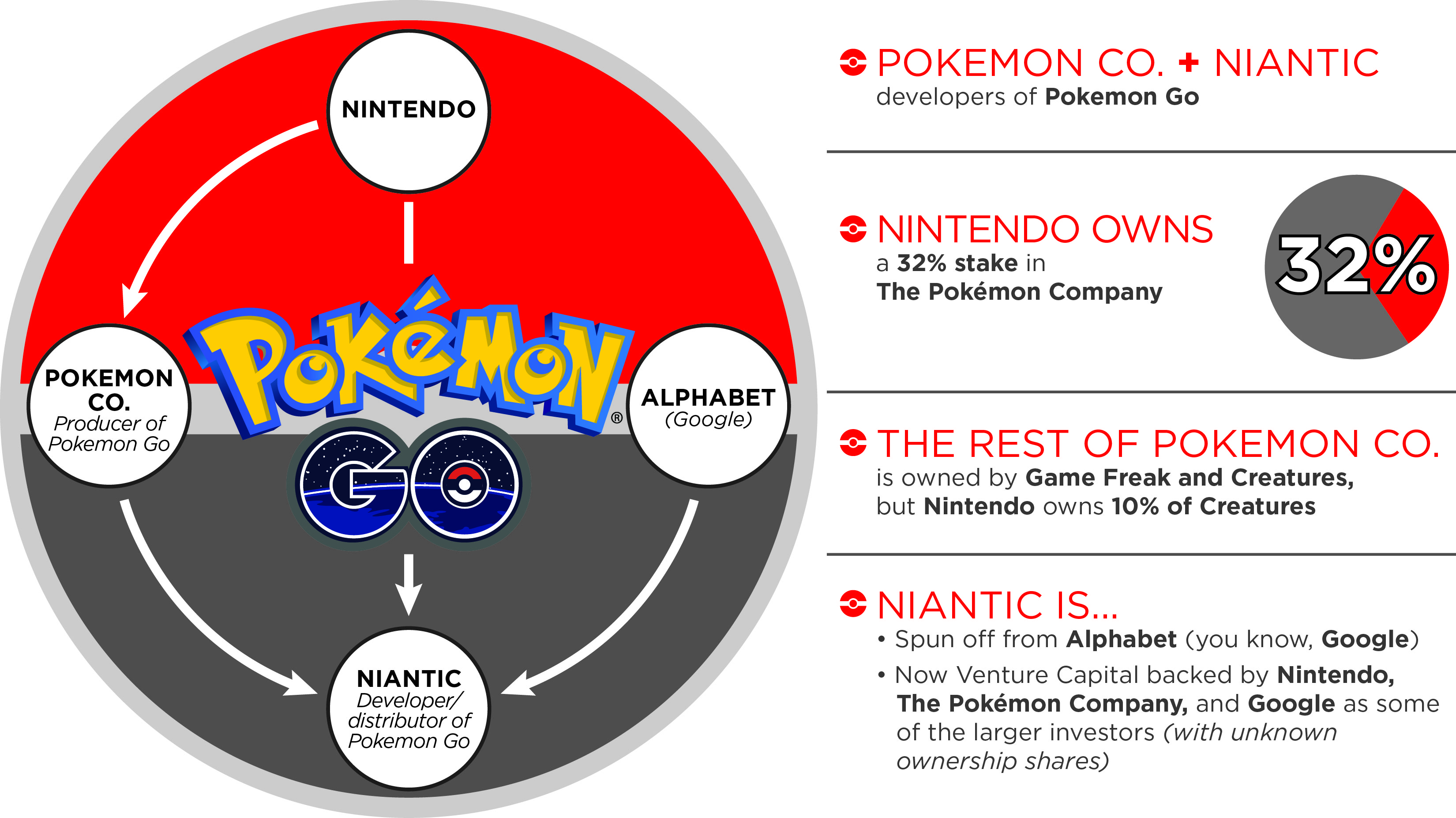 “Augmented reality” in general may be the next phenomenon, aside from Magic Leap and Microsoft, there are over 100 companies working in this space. As we know Apps have a fairly short shelf life due to the extremely low barriers to entry (when is the last time you played Candy Crush). So expect many new iterations of this new innovation in the months to come. Good or bad, this is only the beginning!

If you haven’t seen people playing it, here is an example of what it looks like: LINK 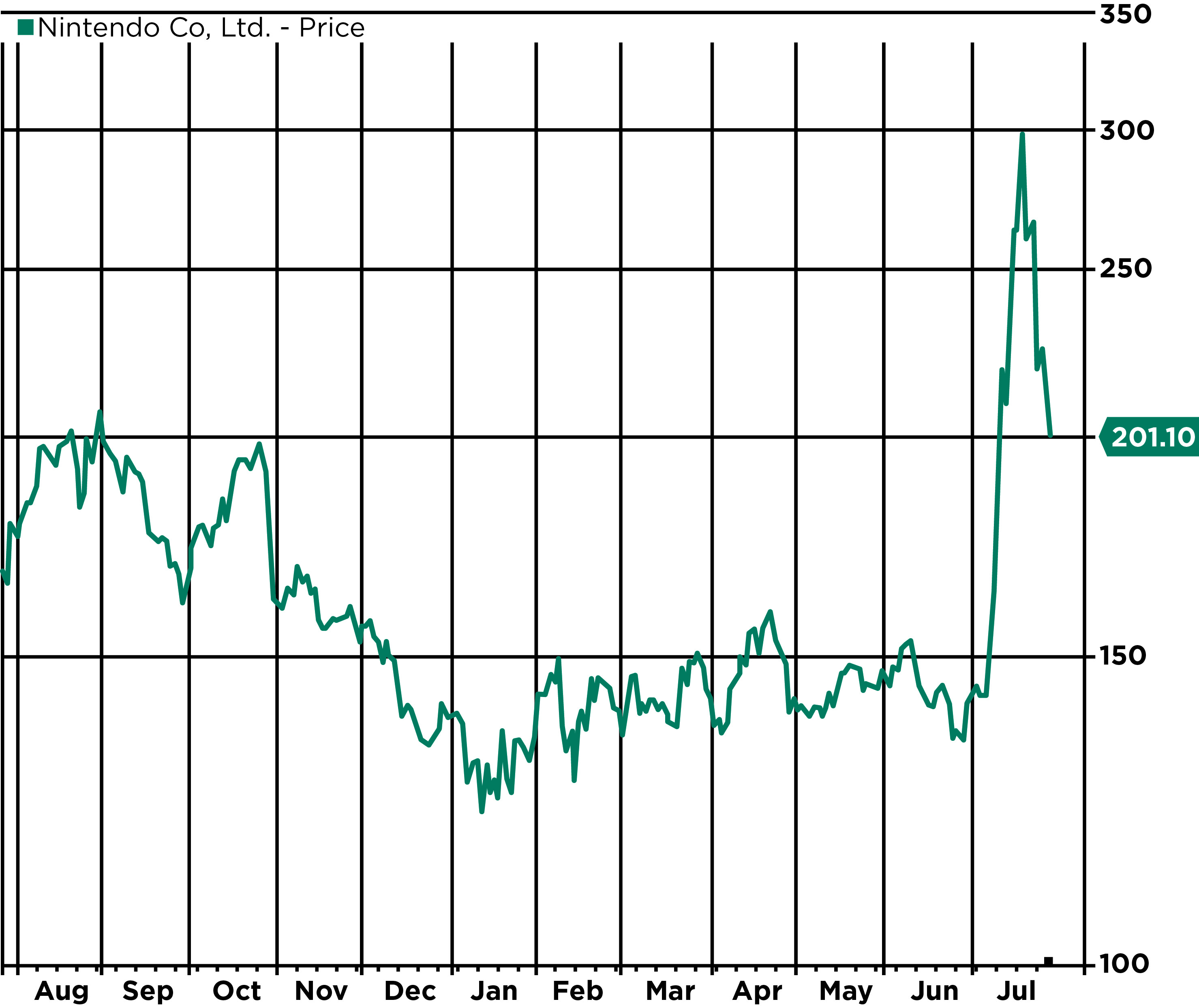