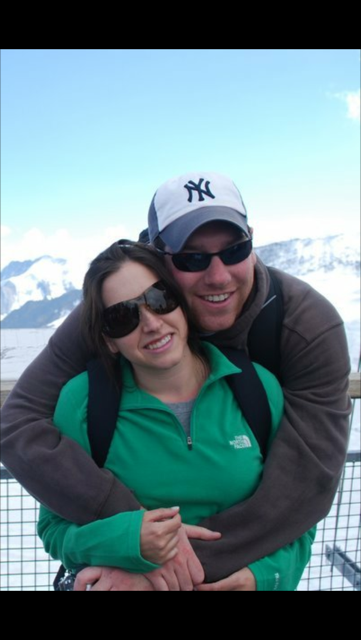 Mike with his wife, Lauren.

When Mike Zarren’s friends were biking through the woods or swimming in the lake at summer camp, he was inside, enjoying the air conditioning, and making money.

“I’m not a big outdoorsy guy anyway,” Zarren said in a recent interview. “I’d rather be working.”

Zarren has worked since he was 11 years old, babysitting and helping neighbors’ kids with homework. He collected baseball cards, which he traded and sold for a profit, and every school break — spring, summer, or winter — he’d work at the paper distribution company where his father worked. “I’m motivated by success,” Zarren said. “I’m in the game to win.”

Zarren grew up in the Garden State near the Jersey Shore where he says he spent time taking in the sun, eating seafood, and trying to be seen. His parents instilled a drive for independence and a passion for competing. He was fiercely competitive at school and in sports, and he credits his upbringing — both his parents and his childhood and teen years on the Jersey Shore, which gave him plenty of incentive to one-up the competition.

“I decked it out Jersey style”

Reality television is generally not where we look to find an accurate portrayal of a city or state. But, at least according to Zarren, shows like The Real Housewives of New Jersey, which depicts hyper-competitive, status-driven New Jersey women who dress to the nines in designer clothes and heavy make-up, do a pretty good job. “That’s like every family,” he said with a laugh. “Riding the Jersey Shore, it’s just like the stereotypes you see on TV. You want to be noticed.”

When Zarren was in high school, he used the money he’d saved to buy a car and fix it up just the way he wanted: a souped-up 1986 Nissan 300ZX with a brand new stereo and a neon underglow. The license plate: MIKESZX. “I decked it out Jersey style,” Zarren said. “And I miss it,” he added wistfully. “I really do miss it.”

After high school, Zarren got interested in finance when he realized his money-making skills could be enhanced by learning the ins and outs of investing. He studied finance at Towson University in Baltimore and later took a job at Rydex Investments where he served as an analyst and a relationship manager. Zarren moved from there to a director of relationship management role at Ceros Financial Services, and in 2013, a position opened at CLS. He jumped at the opportunity. “I’d met executives and leaders across NorthStar [CLS’s parent company],” Zarren said, “and when the opportunity presented itself to join the team, I couldn’t pass it up.”

Today Zarren is Director of Key Accounts at CLS. He spends much of his time on the road or on the phone working to build exposure for CLS’s wholesalers and internals and get them in front of financial advisors. A typical work week is 55-60 hours, but he’s always on call. “It’s not required,” he said, “but that’s just how I am. I want people to be able to count on me.”

One day, he swears, it’ll be time for play.

“I work a lot, and maybe that’s not a good thing,” he said, “but I’ll be able to play more when the time for play does come.” Zarren looks to his wife’s grandparents, who retired at 55, as an example. They worked and saved their whole lives, retired early, bought an RV and traveled on an extended trip through Europe. “They had more than 20 years together in retirement,” he said. “I’d like to retire one day. I want to enjoy life with my wife when our kids are established in their own lives.” 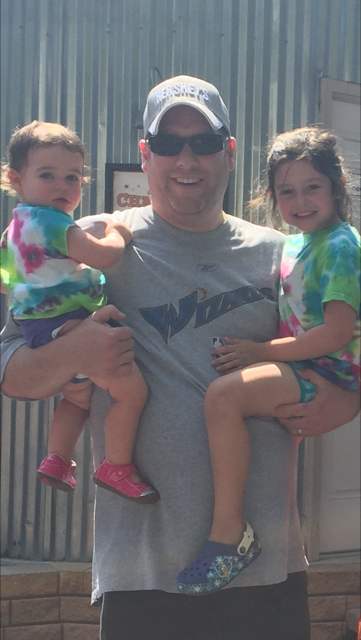 The plan, for now, is to buy a home in San Diego or a Caribbean island where his kids can visit and soak in the sun, just like he did on the Jersey Shore beach. And maybe he’ll buy a fun sports car to cruise the seaside streets. But that’s still several years away. For now, he’ll take care of his family and stick with something reliable, and less flashy. His current ride: a Toyota Camry.

“But with aspirations of a Chevy Tahoe,” he added quickly. He paused and laughed. “Now that I have two kids, I have a family car. How times change.”