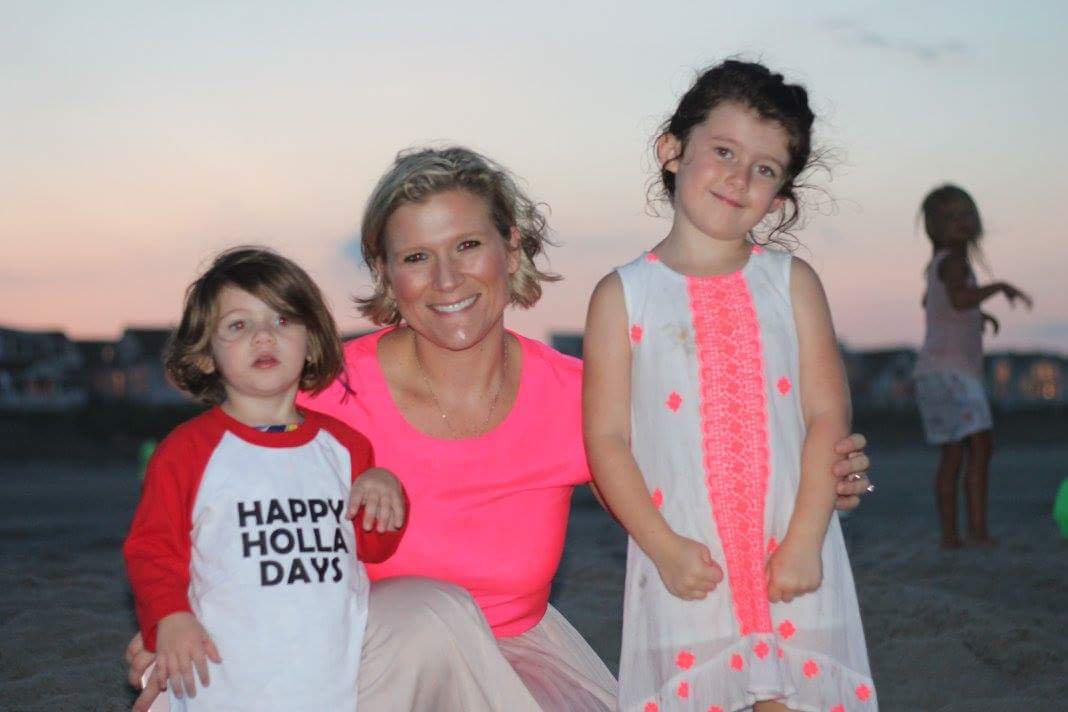 I caught up with Shari Rash when she was out buying last-minute necessities for a family trip to New Jersey. With two kids in tow, one in a stroller and the other rushing down the aisles in front of her, Rash was getting ready for a big family gathering at her parents’ shore house. “We’ve got a bunch of family flying in,” she said, holding her phone to her ear, one hand on the stroller and the other herding her 5-year-old. “It’s going to be great.”

Rash is a wholesaler based in Bel Air, Md. She works with financial advisors, helping them solve problems for investors, in a region that covers eight states. While she thrives on the constant travel and busy schedule, what really keeps her going is knowing she’s making a difference. By juggling meetings, analyzing data, and presenting solutions, Rash is helping people — one individual investor at a time.

“I wanted to be able to help”

Rash grew up in Atco, New Jersey, which is considered a suburb of Philadelphia. She went to Temple University and originally wanted to be a journalist. She liked the idea of presenting in front of people and imagined herself a television news anchor. “But I came to realize I’m a pretty black and white person,” she said. “Something either works or it doesn’t work.”

That trait eventually made her a good fit in finance, a field she’d always been interested in. Her parents had taught her the importance of healthy finances and having a plan, and she recalls reading through her father’s stock list and watching together as the prices moved up and down. But she only started thinking seriously about a financial career when she went to college, particularly after seeing the burden that rising college costs were placing on her Millenial generation. Student loan debt has soared in recent years, and Rash saw the impact of it firsthand. “It struck a chord with me,” she said. “You shouldn’t have to not go to college or feel like you have to sacrifice because of cost.”

Rash realized that financial planning would have helped many families, and she started to think seriously about finance as a career. “I wanted to be able to help people,” she said. “I wanted to help parents afford their kids’ educations, have a nest egg, and retire when they want to.” During college, she interned at Lincoln Financial and soon after graduating got acquainted with wholesaling at Prudential Annuities. That’s where she realized she could help financial advisors on a broader scale — while enjoying the busy pace of a woman on the go.

Today, Rash is Regional Vice President of Sales at CLS. Her clients are based in a broad region that stretches from North Carolina to Indiana. She’s on the road four days a week, and she loves it. “It’s not for everyone,” she said with a laugh. “But I enjoy the craziness of traveling and being in a car and waking up in a different city every day. That to me is fun.” She’s also “always on,” which is a nice throwback to her anchorwoman dreams. “Every meeting is different, every personality is different, every advisor is different,” she said. “So, it’s never the same, and that’s what I like the best about it.”

While Rash doesn’t get to work with individual investors on a daily basis, she gets satisfaction knowing she makes an impact on people’s lives behind the scenes. She recalled a recent call from an advisor, which involved a young woman who was widowed with two children. She had been left some money from her deceased husband, and her advisor called Rash to ask for help figuring out how to generate income, while still accumulating wealth. “We came up with a plan to get this woman what she needed,” Rash said. “That was really rewarding, and it’s nice to work with people that care about their clients and want what’s best for them.”

Rash said she’ll never meet the people she’s finding solutions for, but she feels good knowing they trust her to help, and even better knowing that she can. “There are solutions to a lot of problems if there’s someone there to help you,” she said. “That’s what draws me to the industry. You can help people, and they can have their problems solved.”