Why a Hike Here Should Not Matter to Long-Term Investors

The financial media has been focused on whether or not the Federal Open Market Committee (FOMC) will move to increase interest rates this week. Does this mean that long term investors should also take notice? Does an additional 0.25% hike represent a shift in monetary policy? And should this affect the long term outlook for the bond market?

The chart below provides some historical context to the scale of the potential move. The federal funds rate, the benchmark rate that has been used to control monetary policy, is currently being managed in a range of 0.25% – 0.50%. We can see that even after the Fed increased the level of this benchmark rate last December, it is still considerably below the level found in any other cycle going back to the 1960s. The same will hold true if rates are increased at the September meeting. Since the 1960s, the effective federal funds rate has averaged approximately 5.0% and peaked as high as 19.1%. Clearly, even after another 0.25% increase, monetary policy would be considered extremely accommodative. 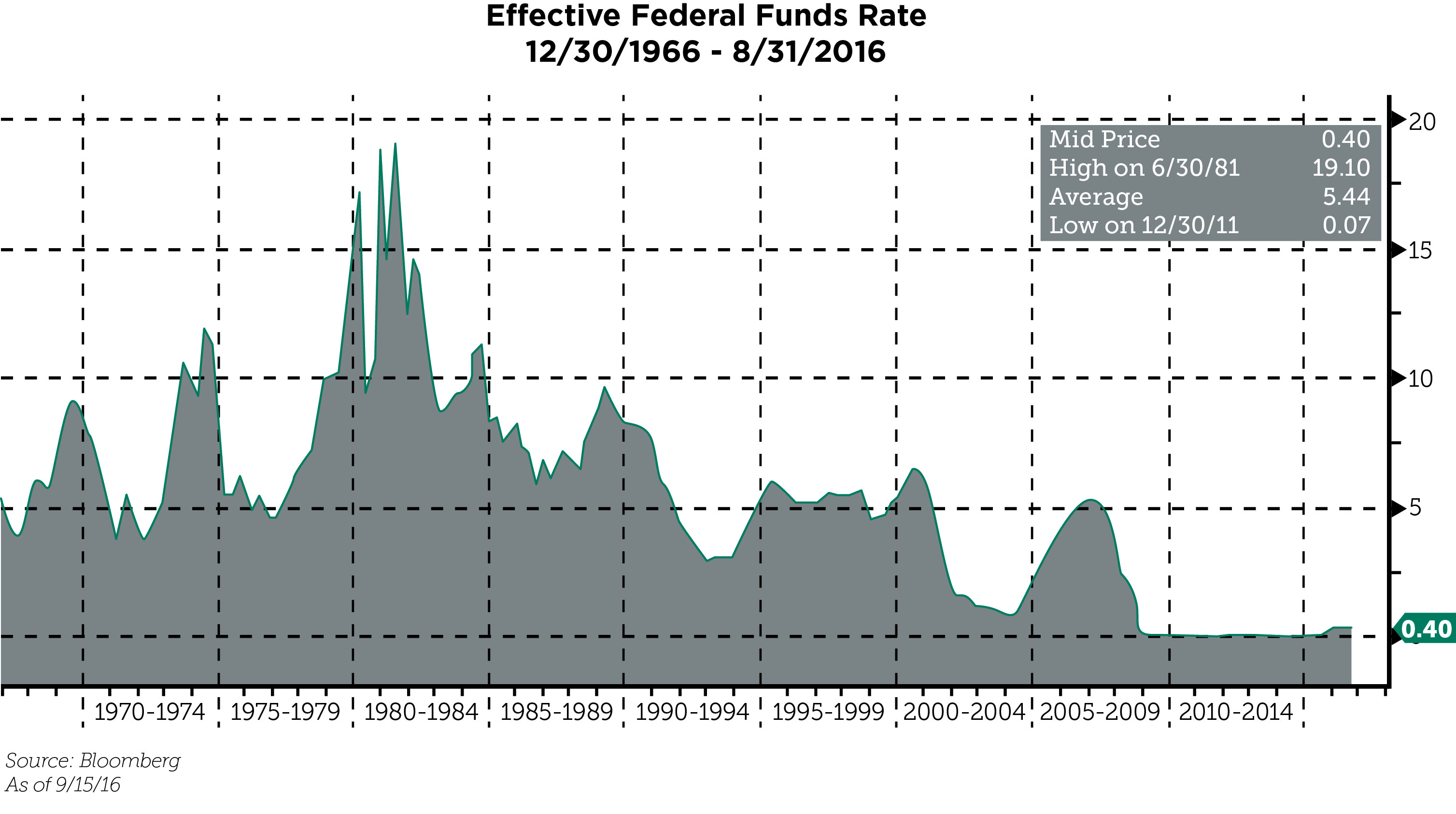 Many are fearful about what a hike in September will do to returns in their bond portfolios. If people are panicking about this small move, then surely portfolios must have been obliterated by the seismic shifts that have occurred in the past. Fortunately for us, this has not been the case.

We analyzed returns of intermediate-term government bonds going all the way back to the 1920s. What we found is the performance of bonds over longer-term horizons has been truly impressive. The annualized return over any three-year period has been positive more than 99% of the time. In the few instances it has been negative, losses were hardly devastating at just -0.2% on average. Performance was even more impressive on a rolling five-year basis, where they were positive 100% of the time with an average gain of 5.4%. Is also interesting to note that bonds have outperformed the stock market since the Fed increased rates last December.

Ultimately, the Fed’s decision at the September meeting should have no impact on the long-term investor. A move here would not represent a large shift in monetary policy. Even if it did, history has shown us that the bond market has an overwhelming tendency to be positive. So tune out the noise, stay disciplined, and stick to your long-term plan.