President-Elect Trump and the Fate of the DOL Fiduciary Rule 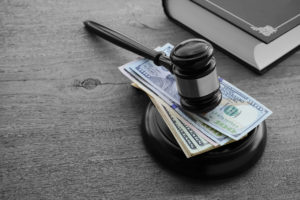 How will the election of Donald Trump as President impact the Department of Labor’s (DOL’s) Fiduciary Rule? The answer is no one knows for certain. While Mr. Trump has not taken a position on the rule, a few members of his transition team have indicated that the rule will be repealed.

While advisors are not subject to the new definition of investment advice until April 10, 2017, the new rule was technically effective on June 7, 2016. Rules that are in effect are much harder to change than proposed or pending rules. Still, there are three ways the rule could be repealed or amended.

President-elect Trump could instruct the DOL to disregard or delay enforcement of the rule until a future date. This would prevent the Department of Labor from bringing an action against an advisor for not complying with the rule. However, this would only impact the government’s enforcement of the rule. These actions would not have an impact on the private right of action mechanisms within the Best Interest Contract Exemption. So a client could still bring a lawsuit against their advisor for failing to comply with the new rule.

Congress could pass a bill amending ERISA to define what is considered investment advice and how to handle conflicts. There are a few hurdles to consider with this approach. To overcome a Senate filibuster, the bill would need support from at least 60 members, which means at least eight Democrats would have to support the bill.  The bill could also be a tough vote for politicians eligible for re-election in 2018 in competitive districts. Nuance aside, voting to strike down a rule that requires Wall Street to act in the best interest of their clients could lead to some nasty political ads. Will the Republican leadership be able to keep all of their members on board in both chambers and persuade eight Senate Democrats to join them?

When Mr. Trump is sworn in on January 20, advisors will have 80 days before the rule is effective. While the conventional wisdom is that there will be changes to the rule, these changes likely won’t come until the eleventh hour, if at all.

At CLS we’re preparing to be in compliance with the rule on April 10, 2017. If the rule does or does not change before then, either way we will be ready.