Making Good on a Childhood Dream 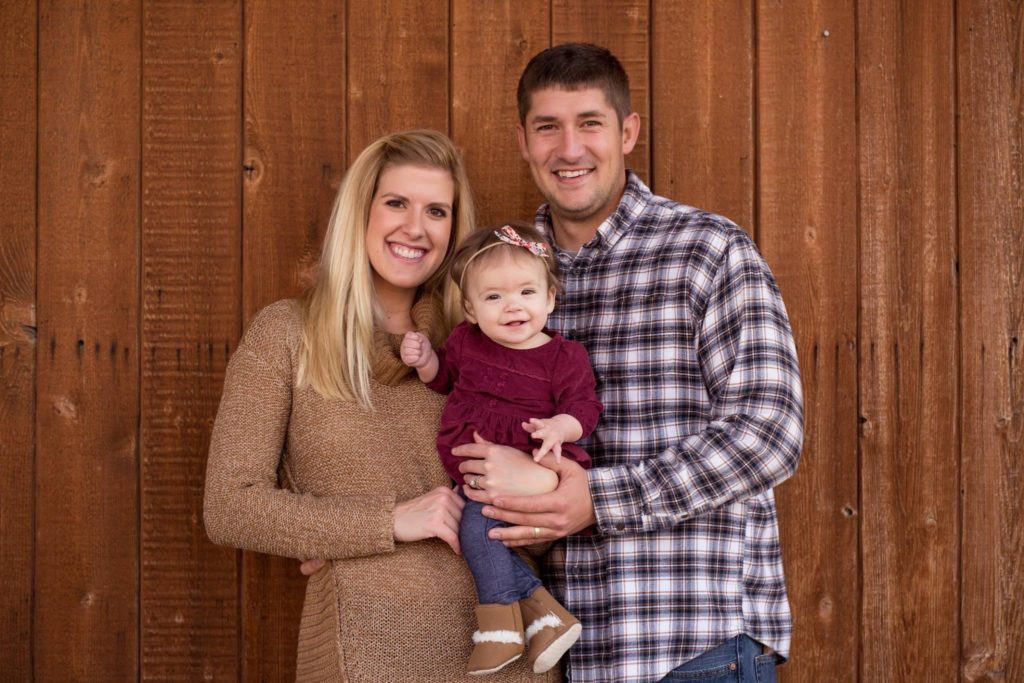 Melissa with her husband, Brad Kulus and daughter, Lainey Kulus

When Melissa Kulus was a little girl, she drew a picture of her future self. Outside a tall building, framed by a big-city skyline, she stood dressed in a suit holding a briefcase. “I wanted to be a businesswoman in a big city,” Kulus recalled.

Today, Kulus’s dreams have changed slightly. She’s got a new baby girl and being around family has become more important than living in a big city. But she still has the suit — she’s a successful internal wholesaler at CLS and wants, even more now, to be that savvy businesswoman for her daughter.

Kulus grew up in Columbus, NE, a city of about 20,000 people with three high schools and small classes. She attended a private Catholic school and says she always tried to get to know everybody. The youngest of four siblings (she has three older brothers), she took her grades seriously and strived to make her parents proud.

Kulus had always enjoyed math, and she often spent time helping her father, a CPA, with taxes and payroll accounting. She grew up thinking her path ahead was working with her dad as an accountant. But when she enrolled in college, at the University of Nebraska–Lincoln, her thinking changed. She took classes in finance that presented new possibilities, and she saw her generation of students struggling to pay their tuition. She realized the importance of budgeting and saving and the impact she could make on people’s lives by helping them manage their finances. “I wanted to be more of an advocate for people,” she said. She also enjoyed building relationships, getting people to talk and open up. “I realized accounting was more about the numbers and being behind a desk,” she said. “Finance had more of a personal touch to it.”

After college, Kulus decided to strike out on her own. A friend was moving to Denver, and she decided to go too. It was the furthest and longest she’d been away from her tight-knit family, but she saw it as an opportunity to begin a new career. “I just wanted to see what was out there,” she said. It was a city she’d visited often and one that — in the back of her mind — looked similar to the one she drew as a girl.

For a few months, Kulus stayed on her friend’s couch and started her new life from scratch. It was a humbling experience. She didn’t know many people, and she spent many nights wondering if she’d made a mistake. But she kept going. Soon, she was offered a position as a processor at Oppenheimer Funds, and a few months later, on New Year’s Eve, she met her husband.

That’s when the Denver plan took a detour. He was from Grand Island, NE and missed his home state. “He brought me back to my Nebraska roots,” Kulus said. Eventually, the two decided to move back to Nebraska to be close to their families.

In 2014, Kulus took a job at CLS Investments as an internal wholesaler, a position she holds now. It’s her first sales gig, and she says it challenges her in a way that has built her confidence. “It pushes me a lot more, and I’m also able to learn a lot more,” she said. “It’s helped me get out of my shell a bit.” Kulus loves getting into the nitty gritty of the markets with the portfolio managers and building relationships with advisors. Her goal, she says, is to make them smile. “If I can get someone to laugh, I’ve done a good job,” she said.

For Kulus, her position is about the people behind every transaction and decision. “I think it’s important to remember that for the clients, the investors – that portfolio is their livelihood, their futures, their families,” she said.

Nine months ago, Kulus’s own family life changed. She gave birth to her first child, her daughter, Lainey. She was home for three months on maternity leave, and she loved the bonding time. “It was mindboggling and amazing,” she said. And while she now experiences an urge that many new parents feel, to be at home with their child, she also feels it has placed more importance on succeeding in her career. “As a mom, it’s always a struggle,” she said. “You want to be with her when you’re away, and when you’re with her, you feel like you should be providing for her.” That tug in each direction has made Kulus want to work harder at work and be more present at home. A tricky balance, but one that has become her most important goal.

So while she’s got the business suit, she still doesn’t have the big-city skyline. But that’s OK. Kulus says she loves her position at CLS and can’t imagine raising her child without her and her husband’s family nearby.

“Denver will always have a special place in our hearts. It’s where we met and where our careers started,” she said. “But this is home.”