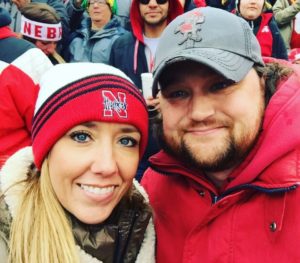 Five years ago, Bryan Gelster found himself overturned in his vehicle at the bottom of a 100-foot ditch, partially submerged in water.

He made it out, and he knows how lucky he is to say that he did. He wears a wristband with the date of the accident inscribed on it as a constant reminder. “It caused me to grow up pretty quickly and re-evaluate some things,” Gelster said. “I realized that if it happened to me, it could happen to anyone. It could happen to a family member or a friend.”

Gelster often thinks about how quickly things can change, in his personal life and at work — and what people will think of the life he led when he’s gone. That’s why he’s determined to do the right thing and why he’s found a home at CLS.

Gelster grew up about five minutes from the CLS Investments office in Omaha, Neb. where he now works as an internal wholesaler. He went to middle and high school a few blocks away, and attended college a little further south at Bellevue University. He didn’t know exactly what he wanted to do in his career, so he left his options open with a major in business administration. During college, he worked at Kids Network, an after-school program where he planned activities for dozens of children each day. By the time he’d worked his way up to site director, where he was responsible for a staff of 25 and a group of about 175 kids, he knew he’d had his fill.

Gelster’s grandfather was the president of a small bank in southeast Nebraska, and he often heard him talk about the markets with his parents. He looked up to his grandfather and had always found the subject of finance intriguing. Out of a desire to understand the industry more, he took a position at Pioneer Investments, a firm based in Boston that has a call center in Omaha. “It was my first ‘real job’ as my dad would say,” Gelster said. “I didn’t really know what it was going to lead me to.”

At Pioneer, Gelster took calls from clients and financial advisors and headed a team of specialists. He went through extensive training at the firm, which guided him through the fundamentals of the financial industry. In 2011, shortly after the accident, he switched to CLS Investments, starting out in client services and working his way to internal sales. Today, he’s found a home where he is constantly challenged to learn and grow and where he finds fulfillment helping financial advisors and their clients succeed. Gelster works with Mike Nixon, an external wholesaler who covers the Midwest and a good partner for what Gelster considers most important: the company’s integrity. “We’re here to do what’s in the best interest of the client,” he said, “not what’s going to make Bryan and Mike the most money.”

Doing the right thing is a lesson Gelster took from his close call – finding himself submerged in a creek and carried by paramedics on a stretcher through the snow. He was released from hospital the next day and recovered fully — and he’s acutely aware not everyone who has experienced an accident like that lives to talk about it. “Every time I hear one of those stories,” he said, “it makes me pause and wonder, ‘Why did I make it out?’” Gelster says he constantly examines his actions and the life he’s living — asking himself each day what he could have done better. “I want to make sure I’m doing things the right way,” he said, “because I learned it can all go away pretty quickly.”

Outside of work, Gelster and his wife try to find opportunities to get out and experience the world as often as possible. They were married in Mexico, and they return there — or another warm and tropical spot — as often as possible to lounge on the beach, unwind and read a book. They also travel frequently for sports and concerts (Gelster’s next Dave Matthews Band show will be his 20th), stemming from Gelster’s determination that he won’t look back on his life and have any regrets.

“It’s important to live life to the fullest, have as much fun and as many experiences as possible,” he said. “Life is short — if you blink, you may miss something.”