Trading on Headlines: One Strategy That Did Not Work in 2016 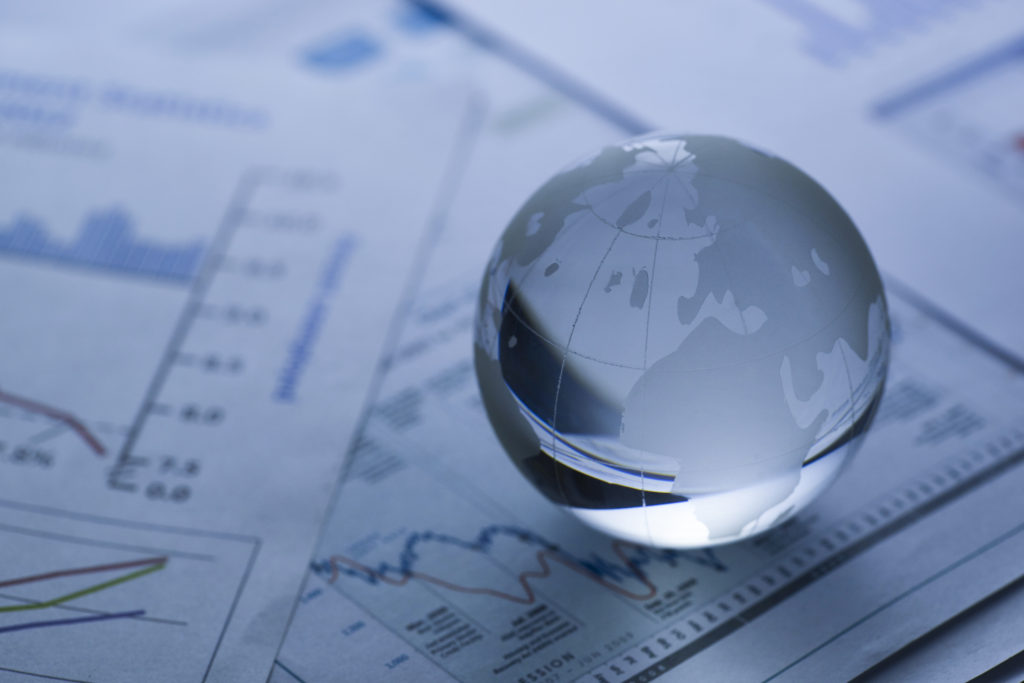 In 2016, every major index that CLS tracks was positive, as shown in the chart below, and outperformed cash (which is the whole reason to invest in stocks and bonds in the first place).

In the CLS Quarterly Market Outlook, we often write about what worked and what did not work for our globally diversified portfolios. In a well-diversified account, there is always something that doesn’t work. For example, in 2016 we noted that health care stocks were net negatives for investors. After a great year in 2015 (+6.84%), the popular Health Care Select Sector SPDR® ETF had a negative return on the year in 2016 (-2.76%). In the fixed-income sector, municipal bonds did not work for investors and lagged the overall bond market. Without a doubt, holding a very high allocation to these two areas of the stock and bond markets would have caused investors to second guess their choices.

Now, let’s look at this in a different way. Is there a strategy that did not work in 2016? That’s a tough question. How could any strategy lose money when all major markets moved higher? Well, it turns out, there was one: market timing or trading the headlines/news — otherwise known as being scared out of the market. At CLS, we preach staying invested at your Risk Budget and avoiding the emotional pitfalls that lead to market timing; but unfortunately, some investors end up trying to time anyway. (To be fair, a large majority of investors do avoid market timing and should be commended for keeping their emotions in check.)

Let’s take a look at two scenarios for Client X and Client Y, as illustrated in the graphic below. The first chart shows Client X and his experience/returns in 2016 at a moderate Risk Budget. He had a solid year. It started out a little rocky but ended on a very positive note. How would that experience change if the client had been at the same Risk Budget, but sold out of the market throughout the year?  The pain points are shown on the Client Y chart. The first happened at the beginning of 2016 when the S&P 500 experienced one of its worst opens to the year. The client then stayed in cash until getting back in the market in early April. From there, another dramatic headline around the U.K.’s decision to leave the European Union prompted a second quick exit. Client Y stayed in cash until the end of September then got back into the market and stayed in until year end. Overall, Client Y’s market timing strategy would have performed negatively for the year.

At CLS, we hope investors can learn from these types of mistakes and stay invested, even when headlines and volatility make the market hard to stomach 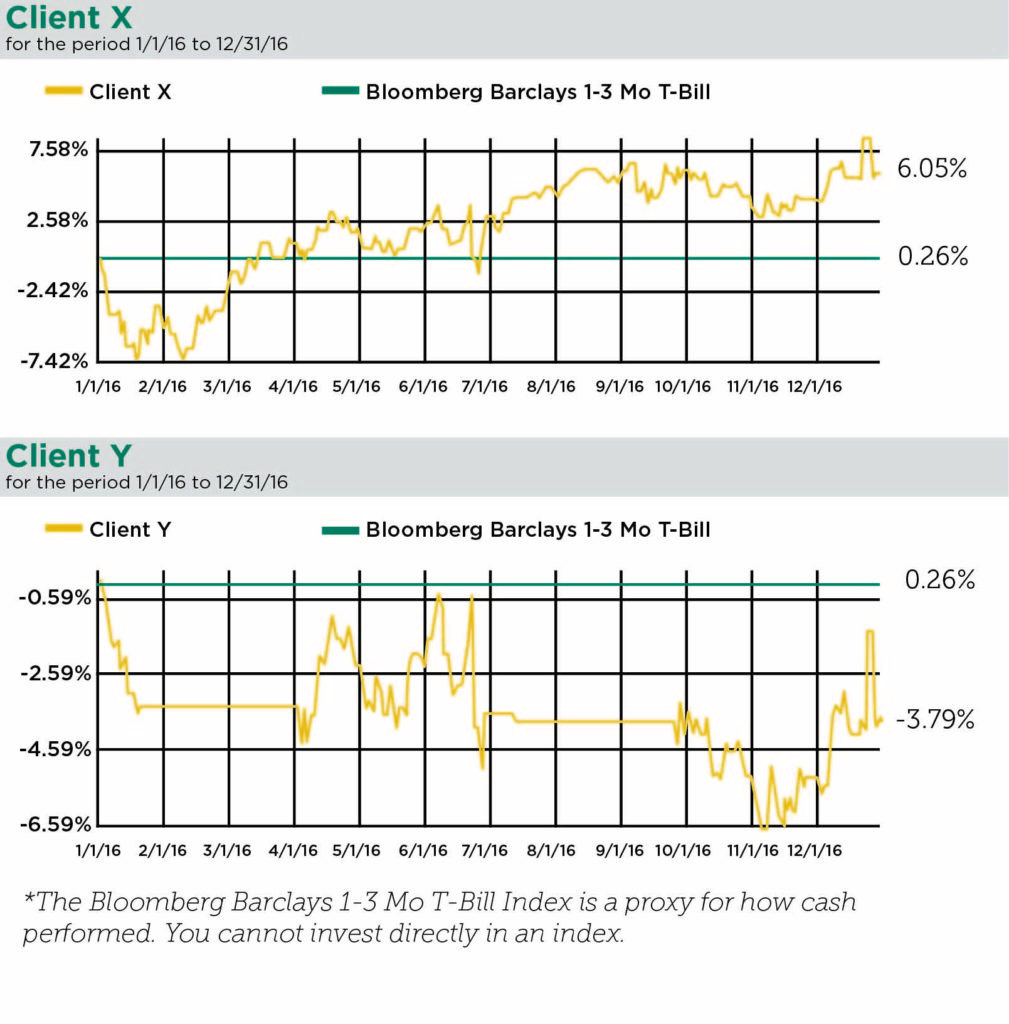 Global Value Investing Had a Strong 2016

Global Value investing was one notable strategy that worked in 2016. This strategy is overweight in countries and regions that trade at discounts to their average valuations, and underweight in countries and regions that are more expensive than their average valuations. The underlying idea is that reversion to the mean will take place as the cheap areas will have strong, positive performance and the expensive areas will have weaker or even negative performance.

For dollar investors (such as the majority of those reading this blog), the returns of the 15 cheapest countries, as measured by the 12/31/15 Price to Earnings (P/E) valuation metric, returned 9.09% on average and ten out of the fifteen were positive. The biggest outlier was Brazil at 64%. By contrast, the 15 most expensive countries, as ranked by the P/E metric, returned 2.38% on average and only seven out of fifteen were positive. One of the biggest outliers was the U.S. Even with high valuations, the U.S. managed a 14% gain as other countries like Denmark, Mexico and Ireland moved lower. 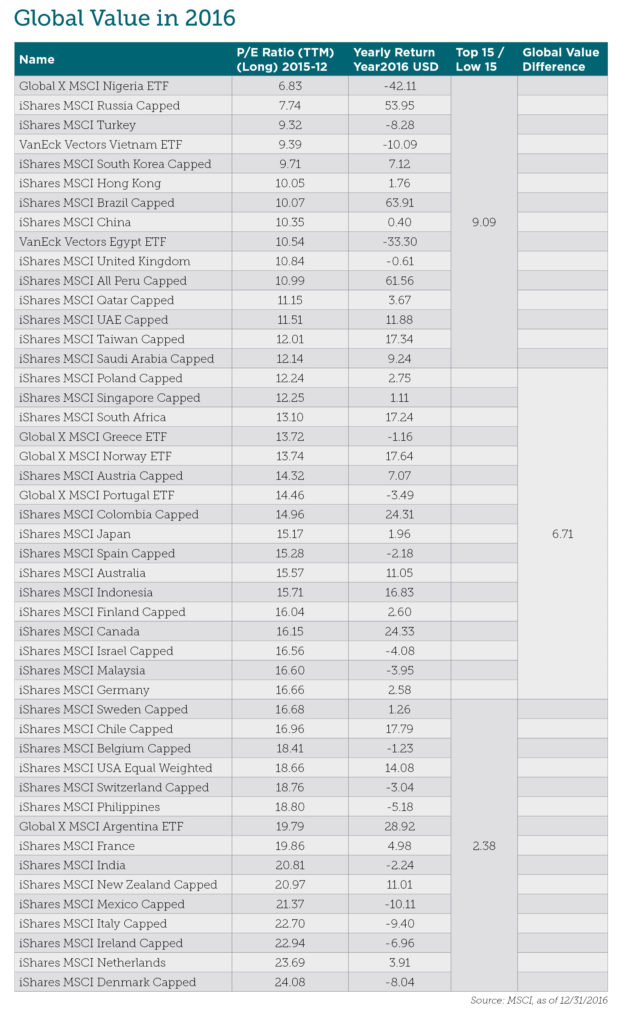 Global value (a current CLS Investment Theme) won’t work every year — no investment strategy does. But it does tend to work over the long term as mean reversion takes place. So the odds are in its favor over market timers.