2017: The Beginning of a Dollar Bear Market? 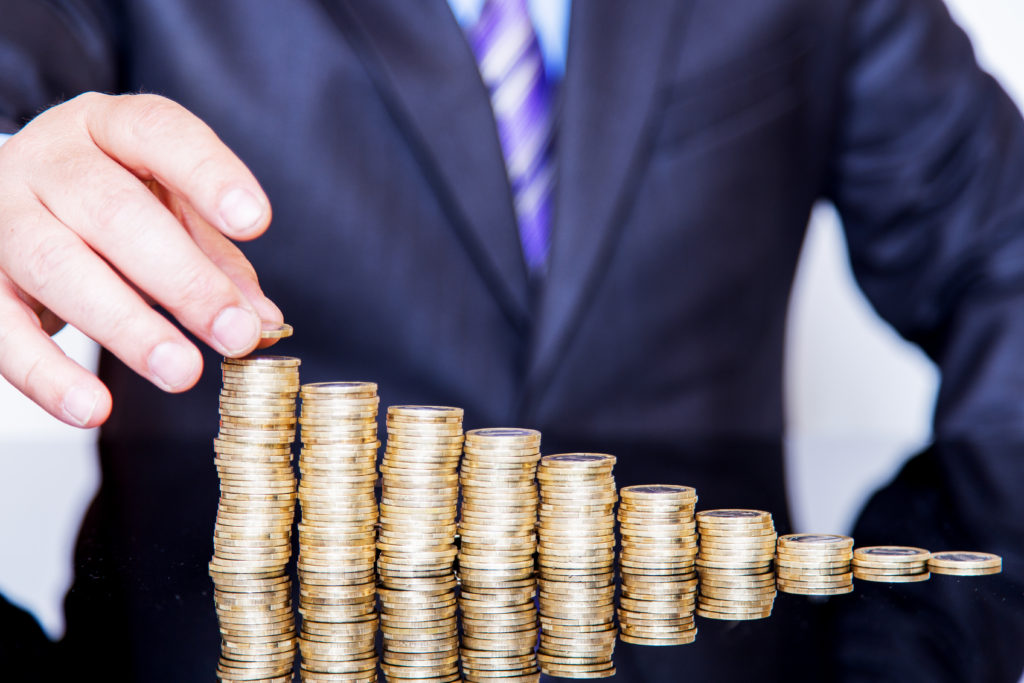 Investors living in the U.S. have a lot of things going for them. The U.S. is a dominant global superpower. Its financial system and economy is the world’s largest, and it has a strong entrepreneurial spirit that moves the world forward with new products and technology. Investors in the U.S. also utilize the U.S. dollar as their main source of trade, spending, and saving. It impacts exchange rates when they travel and invest. The higher the dollar against other currencies, the more attractive it is to own.

Over time, the impact of currency exchange rates on portfolios can seem almost invisible. But, U.S. investors who invest overseas (made easier now with ETFs) are buying the global market and its currencies — and the U.S. dollar plays a significant role in the returns of those investments. Over the past eight years, the dollar has surged higher against a basket of other currencies across the globe — against developed markets (euro, yen, pound) and emerging markets (peso, South Korean won, yuan) the dollar increased by more than 30%.

By several measures, the dollar appears expensive. At CLS, our preferred method of weighing currencies is through purchasing power parity (PPP). PPP looks at how much a basket of goods (or a Big Mac) costs in different countries. If the Big Mac (in this example) costs less in one country, we view that currency as undervalued and expect it to move higher over time. Right now, PPP rates the dollar as expensive, and only five countries have more expensive Big Macs than the U.S.

So when the dollar is expensive (or cheap)
, what happens? As the table below shows, when the dollar runs up, international stocks typically perform worse than U.S. stocks and vice versa due to currency impacts. So if the dollar is overvalued, it is likely to move lower. So, where would you want to be invested when that happens? A tilt towards international stocks makes sense, and they are much cheaper to buy right now.

So far in 2017, the dollar is down more than 2% against other currencies. ETFs that track the dollar also show it is down. So, it’s not too surprising international stocks have outpaced U.S. stocks by about 3.5% this year.

Where do we go from here? Can the dollar go lower? Sure it can. Will it? No one knows for sure, but we would place a higher chance of it moving lower than higher. Our internal technical analysis (presented in the graph below) shows the dollar may be trending downward as the three-month moving average breaks through the one-year moving average. 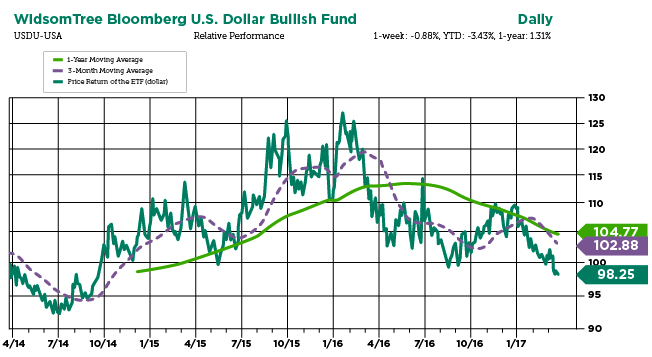 In the end, we expect the dollar to move lower, which would help international currencies; and we expect international markets to perform better due to improving economic data and low starting valuations. Both scenarios could bode very well for international stocks.

Whether the U.S. dollar is facing a bear market or is able to hold steady, it pays to be prepared by investing in global, balanced portfolios.