Jeovany “Joe” Zelaya grew up in a tiny town on the eastern edge of El Salvador. El Divisadero is a municipality of about 8,000 people surrounded by rugged mountains and dotted with colorful stucco buildings. Zelaya lived there with his grandparents and older brother, while his mother saved for his future by working three jobs 1,800 miles away in Houston, Texas.

”I owe everything to my mom,” Zelaya said. “Because of her hard work and perseverance, I have the opportunity to strive for a better life here in the United States.” 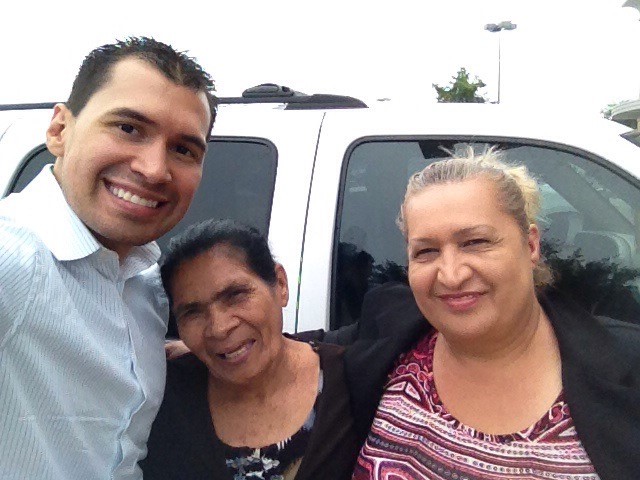 Zelaya moved back to the U.S. when he was in second grade. The family’s separation had been tough on all of them. Zelaya says the experience made him want to take care of his family and be someone his mother could rely on. In 2008, when he watched her hard-earned savings get hit by the financial crisis, he decided he needed to understand how the markets worked. He wanted to become an expert — to help his mother and to help others too. Today, Zelaya is on his way to becoming one.

Zelaya was born in Houston, but his mother sent him and his brother back to El Salvador when he was just a few months old so she could work and save, hoping to establish a better life for her children. While he missed his mother, life in El Divisadero was simple and fun. Zelaya recalls waking up to the sound of roosters crowing in the morning and watching his grandmother walk down to the river to get water for the day. He had everything he needed, he said: food on the table and a roof over his head.

By the time Zelaya was entering second grade, his mother was able to send for her children and bring them back to Houston. Zelaya didn’t speak English, but he took ESL classes at school and watched hours of Sesame Street and Disney movies to catch up. He transitioned well (he had his big brother to look out for him, he said), he took up football, and excelled in school.

But it was only when he found a mentor in his school’s associate principal, Keri Fovargue, that he began thinking seriously about his future. “Keri believed in me,” Zelaya said. “She gave her time and money to helping others. She was the type of person I wanted to become.” Zelaya had never been encouraged to aspire to college. His grandmother was forced to quit school in sixth grade after her father told her furthering her education was unnecessary, and his mother got As and Bs in high school, but the civil war that broke out in El Salvador in the 1980s prevented her from going any further. Fovargue helped Zelaya apply for scholarships, and he ultimately enrolled at the University of Houston becoming the first in his family to attend college.

Zelaya played football at UH and studied marketing and finance. He had developed a curiosity in the markets after the financial crisis devastated millions of retirement accounts. “My mother had been giving to her 401(k) plan for years,” he said. “But she didn’t understand how it worked.” Zelaya wanted to help his mother understand, and he wanted to become an expert in the field so he could help others too.

After he graduated, Zelaya moved with his long-time girlfriend (who is now his wife) to Omaha, Nebraska. He had been working at Gallup since high school, so he transferred with the company and enrolled at the University of Nebraska at Omaha to pursue his MBA. In September 2016, Zelaya joined CLS Investments as an internal wholesaler. It’s a position he enjoys primarily because he gets to see the people impacted by the portfolio management team’s investment decisions. He loves to answer their questions, as much as he can, and he is now working on his CFA designation to become more knowledgeable about the financial markets. “I want to be the type of person that people can trust to offer guidance,” he said. “I’m pursuing my CFA designation so I can have the credentials to back that up.”

Zelaya said he’s learning something new every day in the industry and appreciates all the guidance his team and the portfolio managers provide. His ultimate goal is to be in a leadership position where he can expand his reach to help many people reach their financial goals. 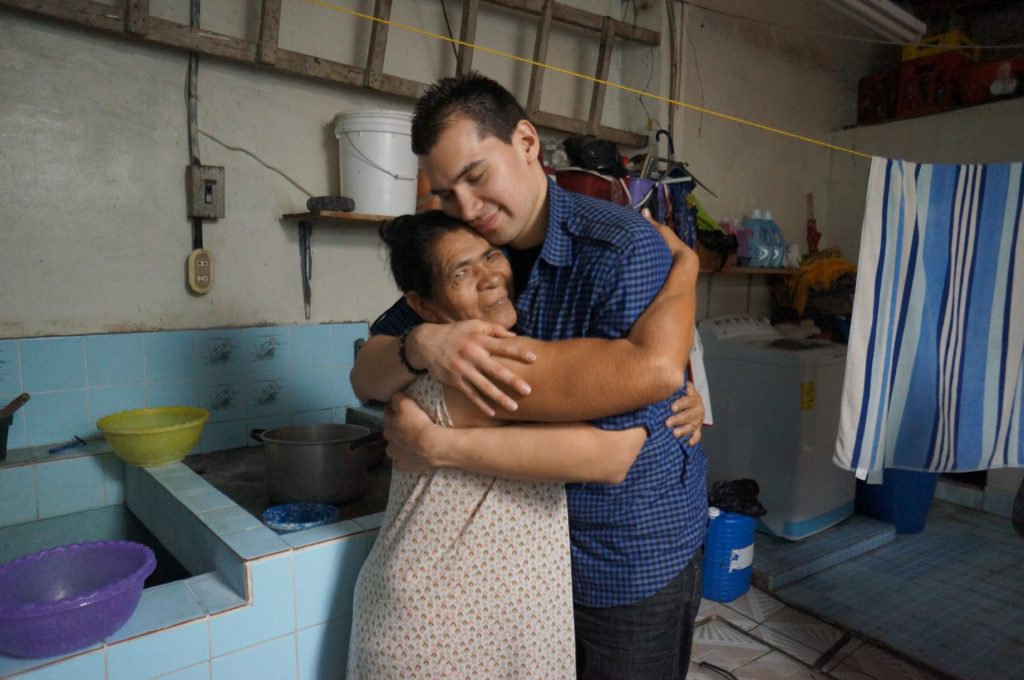 Joe with his Abuela (grandmother) in El Salvador.

Today, Zelaya’s mother has seen her retirement account recover since the Great Recession. She has learned from Zelaya that markets move up and down and to stay invested for the long haul. Zelaya returns to El Divisadero every year or two to see his grandparents and the rest of his extended family. Life still moves slowly down there and not much has changed. But for Zelaya, his world has expanded, and he’s well on his way to securing his future as a financial expert.