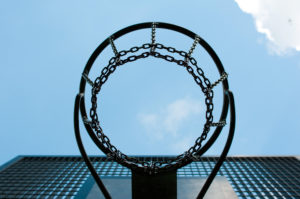 For basketball fans around the country, St. Patrick’s Day marked the start of March Madness — and it has certainly been a wild one. A 16-seed beat a 1-seed for the first time in tournament history; 7-seed Nevada pulled off the second largest comeback in tournament history when it rallied from 22 down against 2-seed Cincinnati; and Texas A&M gave Hall of Fame coach Roy Williams his worst tournament loss in his career when it rolled over 2-seed North Carolina by 21. With all of this madness, perfect brackets across any platform — NCAA.com, Bleacher Report, CBS, ESPN, Fox Sports, and Yahoo — lasted just 28 games this year compared to 39 last year. Tack on Xavier, a 1-seed, being upset by Florida State, 13-seed Marshall upsetting 4-seed Wichita State, and 11-seed Loyola upsetting Miami and Tennessee to advance to the Sweet 16, then it’s safe to say most brackets are completely busted.

Filling out tournament brackets is not that different from navigating financial markets. If you’re one of the many people whose bracket is busted, it’s likely you suffer from one of the following biases: familiarity, herding, or confirmation. Just as these biases are detrimental to a bracket, they’re detrimental to a portfolio as well.

Familiarity bias is the result of subconsciously preferring things we’re familiar with. During tournament time, this is often referred to as picking with your heart. Many of us are guilty of this. We completely ignore seeding, region, or opponent in favor of our alma maters or hometown teams. This flaw in judgement also occurs in portfolios. Investors fall in love with a brand or stock and invest because they either use the product frequently or grew up with the brand. That’s not always the best approach to a portfolio. Just ask the tons of investors who poured into Snapchat stocks because of their frequent use of the platform. The stock priced at $17 per share on its debut and eventually rose to $27. Since then, however, the stock has fallen 37% and is now trading below its IPO price. At one point, the stock was down 56% from its high. Not the ideal investment for a long-term portfolio.

Herding occurs when the fear of being the only person who’s wrong outweighs the craving to be right. In basketball, fans don’t have access to other brackets until the tournament starts, but they still exhibit a herding bias by following the picks of renowned experts. While this may sound like a great idea, experts are often wrong. Only four out of 25 experts were able to correctly predict the championship winner in last year’s tournament. In investing, this approach is called alpha cloning. Investors scour 13F forms (quarterly filings to the Securities and Exchange Commission required of large institutional investment managers), hoping to cling to the winners. Alternatively, they may simply buy vanilla market exposure, hoping to track the market. Neither strategy is conducive to long-term outperformance. Just buying the market subjects an investor to the ebbs and flows of market volatility. Additionally, it’s pretty hard to outperform something your portfolio mimics position for position. In alpha cloning, while 13F forms disclose positions, they don’t disclose whether that manager is long or short. Being long on a position that a manager is short because of superior research, access, or abilities could prove detrimental should that manager turn out to be right.

Confirmation bias is the flaw that causes us to ignore information contradictory to our preconceived notions — picking all 1-seeds to reach the Final Four or picking the higher seed in each matchup while ignoring information that challenges the selections. On the surface, this approach sounds logical, but per data from ESPN, No.1 seeds only advance to the Final Four 40% of the time, and the 8-seed versus 9-seed games are virtual toss ups with the 8-seed winning 51% of the time and the 9-seed 49%. Those odds don’t suggest completely ignoring other factors when making bracket selections is a successful strategy. Similarly, investing in a security because it is a large-cap and ignoring information that identifies when and why it may underperform is less than ideal. In the 10 years since the Great Recession of 2008, the success of large-caps and small-caps has been a coin flip. Both either underperformed or outperformed 50% of the time.

Being successful picking teams for a bracket or picking securities for a portfolio requires a balance of expertise, understanding of risk, and realistic future expectations. Accomplishing that balance requires removing emotional and cognitive biases, realizing past performance is no guarantee of future performance, and positioning yourself to be right more often than not. CLS seeks to strike that balance through the use of tools such as Risk Budgeting and the CLS Score. These tools allow us to keep risk in line while setting return expectations based on the fundamentals of each security we monitor for inclusion in our portfolios. Striking that balance has served the portfolio management team well here at CLS. Each of us still has our championship pick in the tournament, and our brackets relatively intact.