When Michael Hadden first interviewed at CLS Investments, there were no positions open for him — but he got a call back anyway. At a company that prides itself on a family-first culture and a passion for investing and helping others, Hadden was too perfect a fit to pass up. Today, he’s making his mark as a junior investment analyst.

A Circle of People Helping People

Hadden grew up in the small, Nebraska Panhandle city of Scottsbluff. His father is a CPA, and his mother stayed home with Hadden and his older sister. It was a typical small-town Nebraska experience. “Everyone knows everybody,” Hadden said. “My dad does all the accounting work in town. Everyone has the same doctor. We’re just a circle of people helping people.”

For as long as he can remember, Hadden has been interested in business. His grandfather opened a car dealership in the nearby town of Bridgeport and went on to start a grocery store chain. Hadden said he always admired him as a self-made man. His father also set an example of a hard-working family man that Hadden aspires to emulate. Particularly during tax season, his father worked every day and most evenings, too. But he always took a break to have dinner with his family and spend some time with his children — whether it was shooting hoops, playing a few rounds of ping pong, or throwing darts. “I saw how much time he put into work but also how he always took time to be there for me,” he said. That included coming to watch Hadden play basketball even at his busiest times. “My games were in the middle of tax season,” Hadden said, “but I don’t think he ever missed one.”

Hadden’s mother helped his father during tax season but spent most of her time as a homemaker. “I was definitely spoiled as a child,” Hadden said. “My jerseys were always washed and ready for practice. We always had good meals.” Hadden said watching his parents instilled in him the importance of family and hard work. “It made me want to be a loving friend and family person,” he said, “and to work hard to make sure I can provide eventually one day for my family.”

Hadden’s father also passed on an understanding of investing to his son. He taught him about the markets and how to find a good company, and at the end of each month, he sat down and reviewed his financial statements with his son. Hadden recalls when he was in middle school, his father offered him a chance to experiment with a small amount of money sitting in cash. “I think I bought Whole Foods and a REIT that paid a big dividend,” Hadden recalled. “I didn’t hit the lottery by any means.” 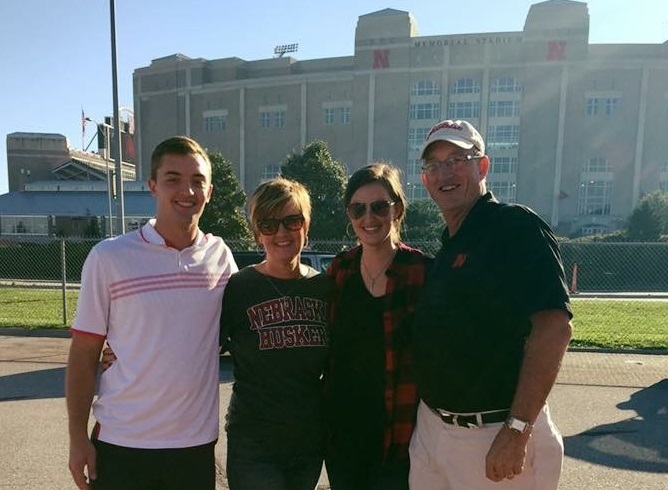 As Hadden’s interest grew, he researched more about what went into investing. He started learning about technical indicators and running stock screens. The more knowledge he gained, the more he wanted to learn. So after high school, Hadden went to the University of Nebraska–Lincoln to major in finance and accounting. He thought about becoming a financial advisor but decided the back-office analysis work was what he enjoyed most. When he interviewed at CLS after graduation, he realized being on the portfolio management team was an ideal combination. “It’s about putting people in the right place,” he said. “But you still get the satisfaction of knowing if you make good decisions, you’re helping people reach their financial goals, which is really satisfying to me.”

We Do Things the Right Way

Hadden says while people often think Wall Street should be the goal for those working in finance, he’s excited CLS offers the same caliber of professionals and achievement. Noting the company recently took home an ETF Investor of the Year award and most of the portfolio management team hold advanced degrees and CFAs, Hadden said, “Why can’t we be the best at what we do right here in Omaha?” The city offers benefits, too, he said, including a culture of ethics. “Finance can get a bad name sometimes,” he said. “People get the feeling it’s just rich people getting richer and taking advantage of others. But there’s a different way of doing business in Nebraska. It’s not about getting rich quick. We do things the right way.”

That philosophy is one reason Hadden is a good fit at CLS. He has been with the company since October 2017, and his colleague, CLS Portfolio Manager Josh Jenkins, gave him some good advice when he started. “He said my first year should be spent just asking questions, and that’s what I’m doing.” He’s also trying to take on as much responsibility as he can while he makes his way through the CFA and learn from the people around him.

“You’re not going to outwork or outsmart these guys,” he said, “but I’m always going to be working just as hard and trying to learn as much as I can to contribute to the team.”

Another reason he’s a good fit.

CLS Investments, LLC was selected as a winner for ETF.com’s ETF Investor of the Year – 2017. ETF.com is an unbiased, third-party organization which specializes in providing resources on Exchange Traded Funds. ETF.com Award winners are selected in a three-part process. The process begins with open nominations where interested parties were invited to submit nominations. Self-nominations were accepted. Then the ETF.com Awards Nominating Committee – made up of senior leaders at ETF.com and senior members of the FactSet ETF Analytics team – selected up to five finalists in each category. The winners are selected from these finalists by a majority vote of the ETF.com Awards Selection Committee, which is a group of independent ETF experts. ETF. com is not affiliated with CLS. Ratings and awards may not be representative of any one client’s experience and are not indicative of CLS’s future performance.