Duality and the Story of a Gorilla 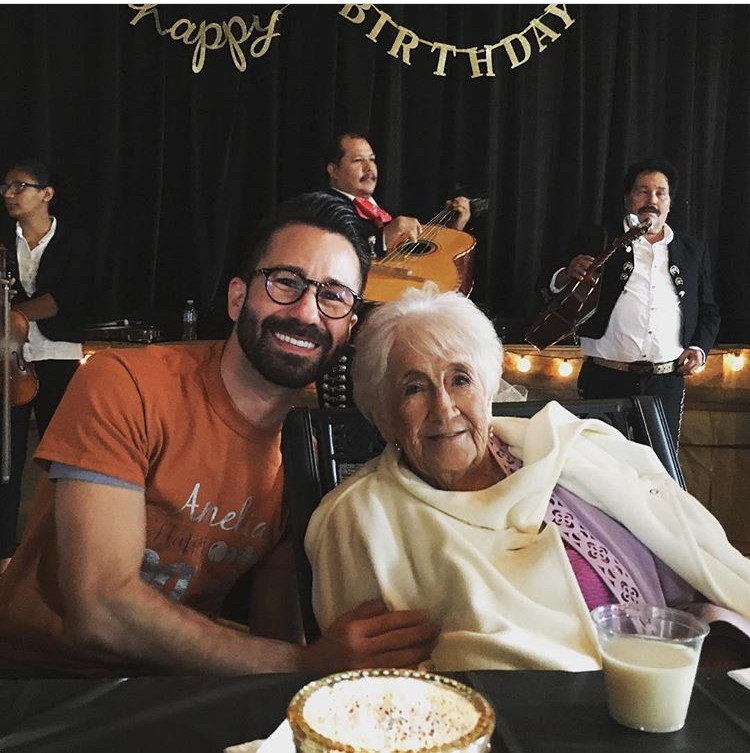 Nick Arreola is used to navigating different worlds. He is biracial (white American and Mexican) and a degree-laden academic psychologist who has spent half his career teaching himself how to write code. Now, in a new position at CLS– one that involves a bet on behavioral and science-driven finance – Arreola is moving back and forth yet again from introverted data analyst to dynamic presenter.

It’s a duality he thrives in. As Chief Behavioral Scientist and Analytics Officer, Arreola is thrilled to bring his passions from both worlds to help CLS in its core mission: helping advisors.

The Gorilla in the Room

Nick Arreola has an interesting career history. When we met at his home in midtown Omaha, tucked amid bustling construction sites and newly refurbished houses, he laughed at his “career ADD.” He has a doctorate in industrial and organizational psychology from the University of Nebraska at Omaha and six years of experience teaching in academia, along with two more building a data science team at Creighton University. Before Creighton, he worked in data mining at Alorica; before that he was a marketing database analyst intern at Oriental Trading Company, and before that he worked as a researcher with the U.S. Department of Defense. “Oh, and before that,” he added, “I bartended and waited tables.”

But about a year ago, Arreola connected with the CLS’s CEO, Ryan Beach. Beach needed help on a new project building a psychological assessment. Perhaps an unusual request from the head of a financial services firm, but CLS believes that understanding the intersection of human behavior and finance is increasingly essential to successful investing. For this project, Beach wanted to create an assessment that generated psychological data, which CLS and its advisor clients could use to predict decisions people are about to make regarding their finances. Arreola explained: “If we see a client about to make a decision that might hurt them in the long run, we want to be able to intervene.”

“Let me illustrate,” Arreola said, grinning while he pulled out his laptop. “Can we take a quick detour?”

Arreola opened a browser to a well-known, I later learned, psychological test. It was pretty straightforward. All I had to do was watch a short video of a group of people dressed either in all-black or all-white passing a ball to each other as they moved around the screen. The object was to count how many times the ball is passed. But the point was that while the viewer is focused on counting, she misses major events happening on the screen — like a gorilla entering the frame (I spotted that!) and the background curtain changing color (I totally missed that).

“As human beings, we’re so limited in our consciousness,” Arreola said. “We’re only seeing this much.” And there is so much more going on, he explained, in our lives, our financial portfolios, the markets —it’s hard for us to take it all in. “Basically, what we’re trying to do at CLS is build tools that help you spot the gorilla.”

This type of data collection and analysis is a new avenue for CLS, and it’s a bet Arreola thinks will pay off. He says it will help CLS provide tools to advisors that help them understand their clients from a psychological perspective, while ensuring the investment counsel offered by CLS and its advisors is sound.

The position of Chief Behavioral Scientist, which Arreola officially stepped into in May, requires two distinct skill sets: the ability to tune everything out in order to focus on data collection and analysis, and the ability to effectively communicate the results of that analysis to colleagues and clients in a relatable way. Those skill sets usually belong to different people, but Arreola is comfortable with both. “There definitely is a switch,” he said. “I like the analytical work I do. I kind of go into a cave and produce the really creative stuff. But I also like being around people and sharing information.”

“Right now, I’m in chatty mode,” he laughed. “But if you catch me in data analysis mode, when I come out of it and have to interact with the world . . . it takes me a while to warm back up to being human again.”

Arreola says he likes “oscillating between those two contexts,” and he believes his mixed cultural background likely played a role in constructing the duality he enjoys. Arreola grew up in South Sioux City, Nebraska (a split community –Sioux City on the Iowa side, South Sioux on the Nebraska side) and was raised by an American mother and a Mexican father. His father immigrated to the U.S. when he was about 13 and moved to Nebraska for a job in the meatpacking industry. It was tough labor – he worked on the kill floor. His mother also worked in the industry, providing cleaning services at meatpacking plants, which was equally tough. “I went to help her once when I was younger,” Arreola said, “and I was like, ‘Mom, what’s your exit strategy?’ It really made me appreciate the hard work she engaged in.”

Arreola is the first one in his family to achieve his level of education. In the generation before him, one person out of a combined 14 siblings attained a bachelor’s degree. Growing up, he saw education as the way out. “I always saw education as opportunity,” he said. “If you have an education, you can do whatever you want. I saw it as freedom out of that cycle.” His parents also set high expectations. If he got an A and they knew he was capable of an A+, they’d gently remind him to work harder.

Being around the two sides of his family, Arreola recalls, required navigating cultural expectations. His father’s side expected a certain formality and culturally appropriate behavior – his father made sure he greeted everyone individually and always ate whatever was offered – while his mother’s side was more informal and laid back. “You learn to switch gears,” he said. “That definitely built some habits that are probably subconscious and manifest in other areas.”

Perhaps they have manifested in his current position. And that’s a plus for CLS because now the firm can benefit from Arreola’s wealth of experience, wayward though his career path may have been. His ability to sort through reams of technical data while offering expert, easy-to-follow insight into human behavior will help CLS and its advisors see the details without losing focus on the big picture. It will help CLS help advisors help investors. In other words, Arreola will help us all see the gorilla.