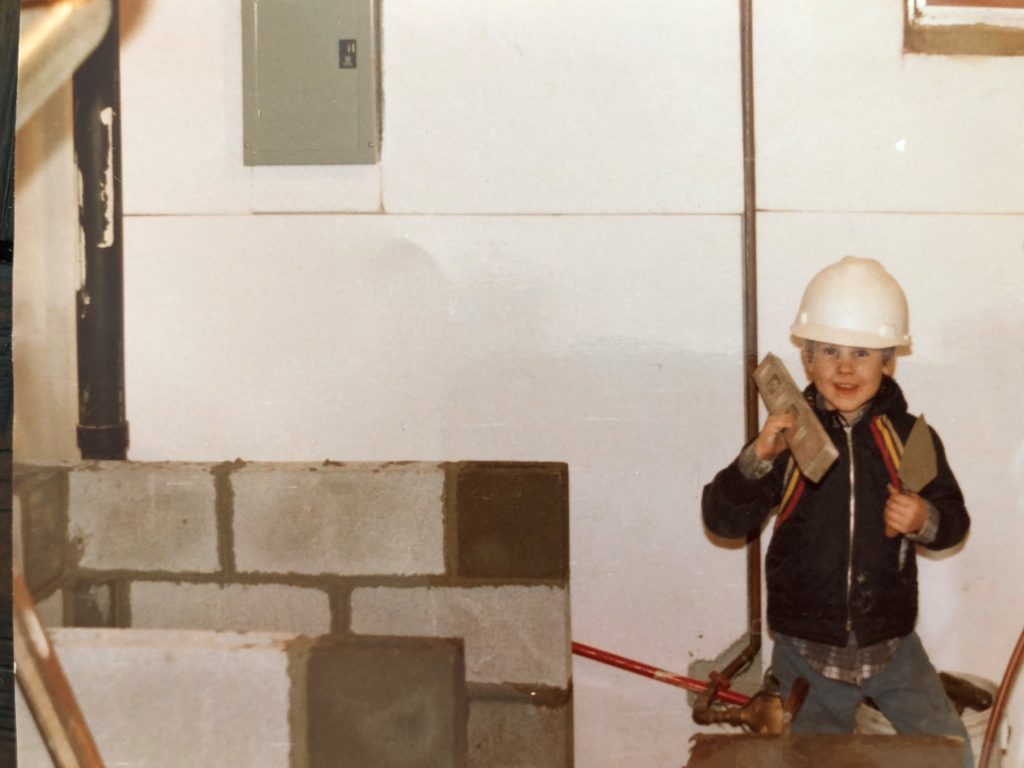 The first thing to know about Chad Boyer is that he likes to build. It’s a trait that stretches back through a line of brick layers and concrete masons to his great grandfather. “I worked from the time I was probably 10 years old,” Boyer said. “I’ve always had it in my blood. It’s always been a part of us.”

Even when he had a full-time office job at Orion, CLS’s sister company, Boyer didn’t stop building. He managed a construction company on the side and poured concrete for driveways and swimming pools after work or over lunch breaks. “They were always getting mad at me for tracking mud into the office,” he said.

But it’s not just driveways and walls. Boyer builds software.

Self-taught in programming, Boyer began his career as a web developer at CLS Investments. He then spent years developing back-office software that helped build Orion, CLS’s sister company, into a powerhouse supplier of technological solutions for financial advisors. Today, Boyer is back home at CLS, charged with developing the company’s technology presence as its Chief Technology Officer.

He’s back where he began, and he’s ready to build.

The other thing to know about Boyer is that he’s an independent guy. So much so that he lived on his own at 17 after his parents moved to Seattle. He was a senior in high school, and he had already changed schools as a freshman. He didn’t want to go through that again, so he decided to stay. And live alone. At 17. “My parents must have really trusted me,” Boyer laughed. While his parents paid for his apartment, Boyer learned how to cook, clean, and generally take care of himself. “I remember it being actually kind of awesome,” he said. “I had my friends over. Sometimes it was the party house, but we were responsible.”

After high school, Boyer wasn’t sure what he wanted to do next. But he had an opportunity to attend Bellevue University on a baseball scholarship, so he enrolled and ended up playing on the NIAA National Championship team. From there, he transferred to the University of Nebraska–Lincoln to study actuarial science and later switched to the University of Nebraska at Omaha to study accounting. His mother was an accountant, so he figured it might be a fit. But not long into his career, which began at a drywall supply company, Boyer realized he was spending most of his time building software to automate his job. “Software development was where I always should have been,” he said. “But I didn’t know that then.”

Boyer’s brother sent him a book – “Learning Perl” – that set him on a new career path. (Perl is one of several computer programming languages.) He scoured the book and taught himself the ins and outs of programming with Perl. Soon after, he was introduced to CLS Investments by a childhood friend. CLS needed a programmer, and it just so happened, the firm was using Perl.

Boyer started at CLS as a web developer in 1999. Under the vision of CLS’s founder, Patrick Clarke, Boyer helped develop back-office software to be sold to other firms. This led to the creation of Orion, which is now a leading provider of software to financial advisors. Boyer moved over to Orion in 2001 as a web application architect and helped grow the company’s offerings for the next 11 years.

But having just one job wasn’t quite enough.

In 2006, Boyer started his own construction business. His father had passed away, and Boyer drove to Seattle to bring his dad’s equipment back to Omaha. As a tribute, he named his new company NEWA Enterprises (Nebraska to Washington). He got it up and running while managing his full-time job at Orion – spending lunch breaks pouring concrete and evenings smoothing driveways. “People are always asking me: You’re a programmer and a concrete guy – how does that work?”

Boyer spent five more years at Orion, building software in the office and concrete patios outside. But in 2012, he decided it was time to leave the company that he knew so well and try something new. “I grew up at CLS and Orion,” he said. “I didn’t know how other people were doing things. I didn’t even know if I was doing things the right way.” So, Boyer took a position at Farm Credit Services of America, a high-end development company in Omaha, where he was soon promoted to Enterprise Architect. It was a unique position that he quickly realized was in high demand.

That’s when NEWA Construction became NEWA Consulting – the focus of which was helping companies “pay back their technical debt.” In other words: Companies had implemented processes to suit early technologies without leaving room to adapt as those technologies changed. And they were now paying the price with convoluted, ineffective systems. “Companies were building on weak foundations,” Boyer said. “And if you keep building that way, the foundation gets brittle.”

There was significant demand for Boyer’s services, but it was a difficult model to scale. His technological knowledge and ability to build strong foundations was embedded within him, and those years of experience couldn’t easily be handed over to new trainees. He didn’t know it yet, but Boyer needed to invest that knowledge into one company.

He was also putting in 80-hour weeks and missing time with his family. So, when Boyer got a message from a friend that the position of Chief Technology Officer had opened at CLS, he was intrigued. He met with CLS’s new CEO, Ryan Beach, and the two hit it off right away. “I’ve always had a love and passion for CLS and this industry,” he said. “This felt like home.”

Coming home to CLS was the right decision. Boyer gets to go home to his family at night, coach his sons’ baseball teams, and attend his daughter’s dance competitions. And, of course, in his free time, he gets to build. Most recently, he built a pool for a friend. “People think I’m nuts,” he said. “But I do this for fun.”

Perhaps most importantly, Boyer is excited to come to work each day. He finds the days fly by because he’s engaged and loves what he does. “I put myself here because it’s where I belong, where I can succeed,” he said. “I can build something great here.”