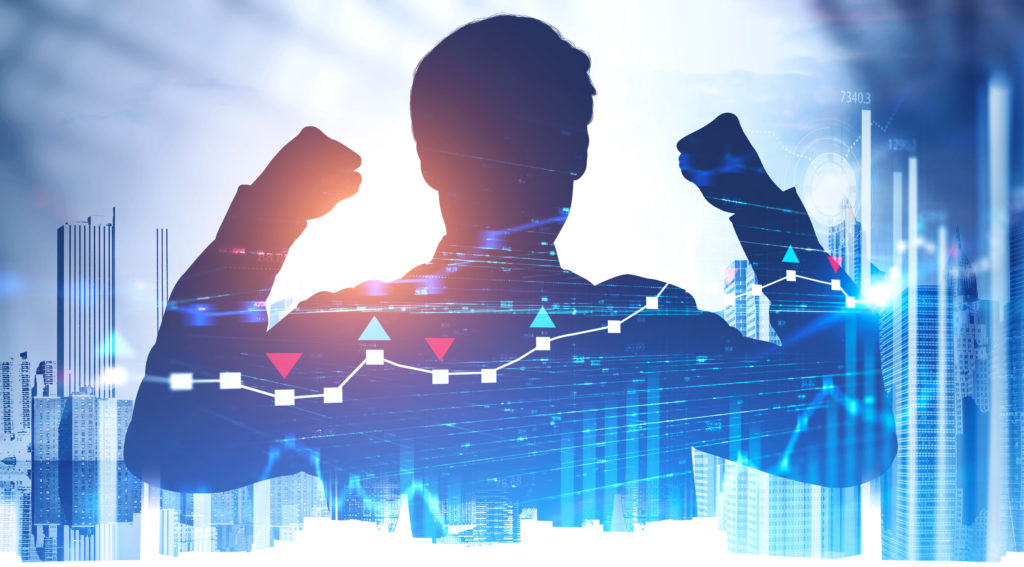 What is the difference between a passive and an active investment portfolio? The passive strategy attempts to match a benchmark’s return (before fees) and risks over time. Success is defined as having a low tracking error. An active fund, however, differs from a benchmark as it attempts to achieve a higher risk-adjusted performance over time.

While more actively managed funds actually tend to beat their benchmarks than passively managed funds, the average actively managed fund is not expected to outperform the average passively managed fund over time (in fact, they usually don’t in many asset classes, particularly the more popular ones, such as U.S. large-caps). It’s just simple math. For every active decision an investor makes, another investor makes exactly the opposite decision. These decisions must net out to zero — and that’s before transactions costs. Note this is the case even in environments where active managers should do well, such as when there are larger return differences (dispersion) between sectors, industries, and stocks. Thus, relative performance is a zero-sum game, and it’s a net loser after transaction costs.

Passive investing has become very popular in recent years, as one would expect during a long bull market led by U.S. large-cap stocks. Its popularity has grown not only because it has generated better average numbers in recent years (in most asset classes), but because it typically has lower costs. However, there are times when active management does better — and we believe that time is due to occur. The main factors that have led to passive investing’s outperformance are all poised to revert or lessen in significance.

First, passive funds usually have lower expense ratios. That is still the case, but the cost differential is not nearly as pronounced as it once was because actively investment funds and strategies have become more attractively priced in recent years.

Second, passive funds are fully invested, while the average actively managed fund typically has some cash holdings. This is often called “cash drag;” in markets with strong positive returns, cash drag can be more significant in explaining relative performance than expense ratio differences.

Third, active management typically does better during periods of rising interest rates and rising market volatility — two market conditions that have not been predominant in recent years. Why might this be the case? As Fidelity Investments recently stated in a report*:

Fourth, and this might sound like inside baseball, but it’s a legitimate reason, actively managed funds tend to have less exposure to large-caps and thus have small-cap tilts. It’s a function of how active money managers typically think of selecting securities and building portfolios. They decide between Investment A and Investment B based on their “intrinsic values” instead of their market-cap weight in the benchmark. Since large-caps have outperformed in recent years, this helps explain recent relative returns between active and passive funds.

As an investor (and consumer) who likes to buy stuff on sale, I’ll admit that over time I have had troubles with passive investing in broad market averages. As stated by Rob Arnott in his recent article “Standing Alone Against the Crowd:”

“Since the 1957 launch of capitalization-weighted indices, critics of these indices have pointed out it makes no sense to put more money into a company just because the company is expensive — that is, all else equal, if a company’s valuation multiple doubles, the cap index’s exposure to the stock doubles.”

Besides, the market leaders are not on sale now. Consider these stats, also from the Arnott article, regarding FANMAG stocks (Facebook, Apple, Netflix, Microsoft, Amazon, Google), as of September 30:

These six companies make up 14% of the U.S. stock market.

If FANMAG was removed from the technology sector, it would become smaller than the health care or financial sectors.

Apple is worth more than the entire energy sector.

Apple and Microsoft are worth more than the entire small cap (Russell 2000) universe.

The large index funds are dominated by FANMAG. This sort of concentration has happened before. The last time the tech bubble burst (data from www.syntaxindices.com), the tech sector lost more than 50% over the next year, while all other stocks gained more than 7%. The five-year annualized numbers also show significant differences: tech was down 17% per year, while non-tech was up 5%. The numbers are more sensational when reviewing the performance of securities outside of the S&P 500 that did very well during that time, including small-cap and non-U.S. stocks. 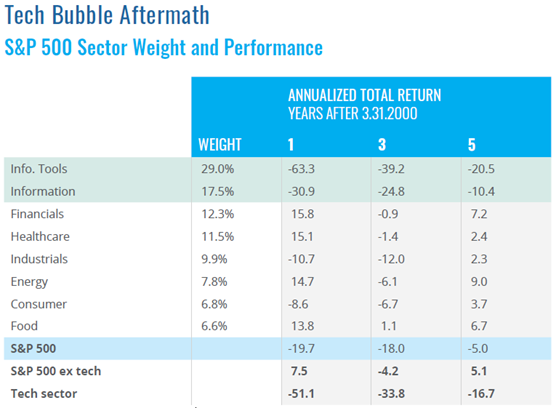