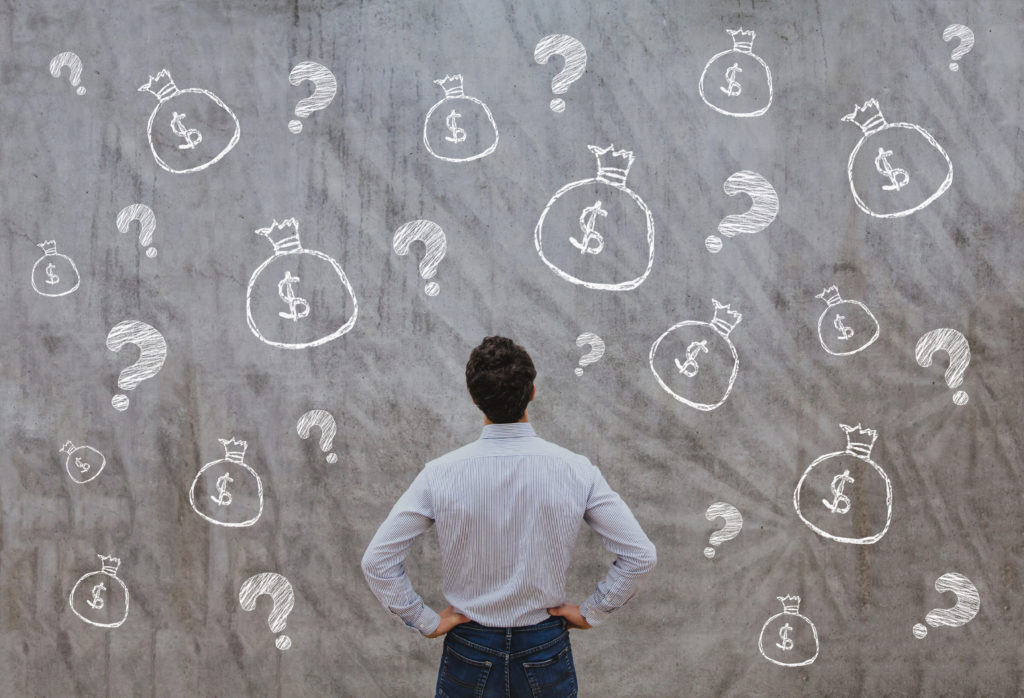 If you’re looking for fast answers to tough investment questions — like what to expect from the stock market for the remainder of the year, or the impact Trump’s tweets have on the market — you’ve come to the right place. President and CIO of CLS Investments, Rusty Vanneman, answers 10 of the top advisor questions he’s recently received.
Q: What do we expect from the stock market for the remainder of 2019?
A: We don’t think the last half of the year is likely to cause any major changes to long-term investment portfolios, but we do expect two things:
First, we expect more price volatility, meaning prices will move around — both upward and downward — more often. This volatility, which is typical of the market, will likely provide investment opportunities.
Second, we expect the stock market to generate even more gains on top of this year’s already above-average gains. The market typically trends upward, especially during the third year of a presidential cycle. Additionally, the last three months of the year are generally the strongest.
Q: What do we expect from the bond market for the remainder of 2019?
A: We expect interest rates to rise. We’ve seen a remarkable decline in yields this year; growth data has slipped, but the bond market’s move feels like an overreaction, especially considering some inflation data has steadily crept higher.
Q: Are we nervous about a recession?
A: It’s important to note that it typically takes three to six months to determine whether the economy is in a recession. Every time you see a chart matching up recessions with market behavior, keep in mind the recession was identified well after the fact and not in real time.
That said, since 1980, one indicator has had three previous successes calling recessions. The indicator is an inverted yield curve, which occurs when long-term bond interest rates are lower than short—term bond yields. This is atypical of the bond market, and suggests lower economic growth. The yield curve inverted in May, and we are watching it closely.
Q: What will the Federal Reserve do next with short-term interest rates?
A: The market expects the Federal Reserve to cut rates — and it probably will, but it’s not such a slam-dunk decision in my opinion. The economy isn’t that bad; there are some budding inflationary pressures, and interest rates are already low.
Q: What do you think of Europe’s economic situation?
A: Europe is still a mess. The European crisis from a few years ago really hasn’t gone away; the market narratives have simply moved elsewhere. Since we are global investors at CLS, we do have exposure to Europe in our portfolios, but we are underweight relative to the overall global market. Still, despite the issues, there are values to take advantage of. And if prices sink further, we may buy more.
Q: How do you expect the trade discussions to be resolved?
A: Like most market participants, I expect market volatility to increase as a result of public rhetoric. But I also think there’s a chance — 10 – 20% — of a very positive conclusion.
Q: What do you think of Twitter’s impact?
A: Thanks to President Trump, tweets from the Oval Office have become a real deal. However, the impact of presidential tweets is short-term game, and it is not necessary for long-term investors to monitor them or to make shifts in their portfolios accordingly. For long-term investors, it’s noise.
Q: What is the future of Bitcoin and other cryptocurrencies?
A: Bitcoin has had an amazing run this year. At CLS, we’re excited for cryptocurrency ETFs to be created. We see it as a budding asset class segment: used in the proper sizing, such as very small weights given the accompanying volatility, it could be a useful tool in managing overall portfolio risk.
Q: Will the dollar rebound?
A: The U.S. dollar has had a great run, but prices have broken down recently, even dropping below the key 200-day moving average. This would suggest the dollar will continue to get weaker as currencies tend to trend in the same direction. Further, if the Federal Reserve reduces short-term interest rates, more pressure will be placed on the currency.
All else being equal, a weaker dollar would mean strong relative performance for international securities and real assets, such as commodities.
Q: What is your best investment idea?
A: Emerging market value stocks! They remain our highest conviction view. It’s the one asset class segment that appears to offer above-average return expectations relative to long-term averages over the next five to 10 years. Emerging market value stocks offer essentially the same growth than the S&P 500, but their valuations are 50% – 67% lower.
To learn more about CLS Investments, contact us at 888-455-4244.
0905-CLS-7/15/2019